Constantin Flondor (16 December 1936, Cernăuţi, Northern Bucovina) is an artist and a founding member of the groups 1+1+1 (1966-1969), Sigma (1969-1981) and Prolog (since 1985). Director and co-founder of a progressive educational program adopted within the Art Lycée in Timișoara between 1969-1975. Visiting professor at the Beratzhausen summer schools in Germany (since 1993). Both his solo works and collaborative projects were markedly influenced by constructivism and rooted in algorithm, so that each element of a work was also a data bit. Flondor was also interested in how his para-architectural forms react in response to their surroundings. 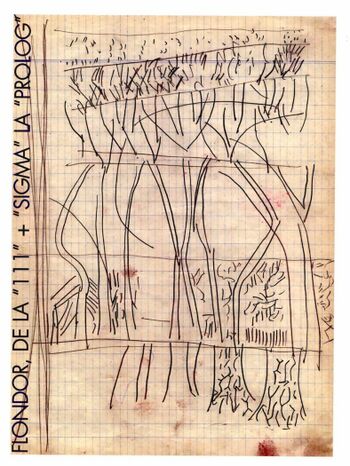