Difference between revisions of "Michel Pêcheux"

Michel Pêcheux (1938-1983) was one of the main representatives of a critical and productive episode in French discourse analysis, from the late 1960s to the early 1980s. He shared with his contemporaries such as Michel Foucault a background in Bachelardian epistemology and Althusserian 'post-structuralism' and an interest in theories of discourse, but his most important contribution to discourse analysis consisted in the development of tools for conducting empirical studies of discourses. In an attempt to break away from the 'spontaneous ideology' of content analysis, Pêcheux developed a formal, potentially automatic instrument, which he called Automatic Discourse Analysis. This instrument could generate a structuralist description of a discourse by identifying and describing relations of selection and substitution of syntactic elements in a corpus of texts representing that discourse. When dealing with criticisms of this approach and attempting to overcome its limitations, Pêcheux moved away from structuralism and developed a more reflective theory of 'interdiscourse' in which he tried to account for the ideological struggle and dynamic inequality between discourses. (Source)

(in French unless noted) 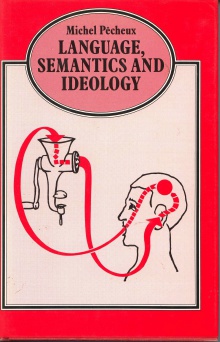