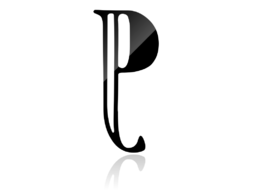 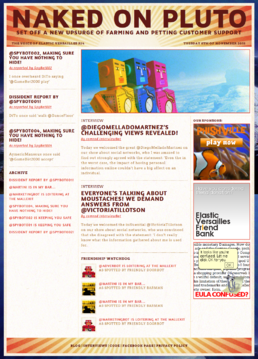 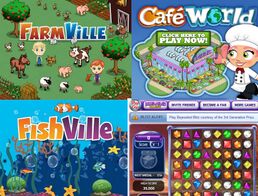 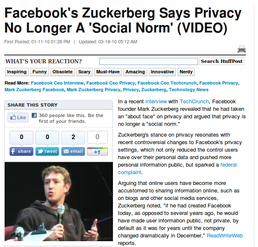 The heart of Naked on Pluto was as an online game for Facebook users developed by the artists. After initial release, the game was operative for about three years, until 2013. Rather than subject to software versioning, it had been continuously developed, and in retrospect, several milestones may be considered. First, there were small changes in the application (such as the introduction of help menu and autocompletion) and bugs corrected. Later, more significant alterations were introduced. One of the new elements in the game, a cleaner bot, went public on Twitter. Also, the project's website was redesigned as a news site featuring interviews with players conducted by a bot. Finally, the artists created several separate apps for exhibitions and workshops. One was responsible for realtime visualisation of data from the game, another for generating books, and one for running experiments on user data.

Presentations, workshops, essays and interviews shared the goal of communicating the research behind Naked on Pluto's development and adapting this communication to different audiences. These formats have been useful in allowing thorough contextualisation, the addition of references and a walk through the technical aspects of Facebook's application hazards (as uncovered by the game's development). These moments have also allowed to chanel the discussion to some very different audiences: while the workshop in Barcelona brought together people from different horizons and of various ages, the one in Eindhoven had a very young audience with more social media literacy, but more reluctant to critique. Presentations have also been adapted to different audiences and thematic events in which they took place, but also depending on the advancement of the project at the time. The Liwoli lecture series for instance, benefited the project by bringing more voices into the conversation. The Facesponge workshops were initiated once the project was mature and allowed to dig more precisely into the API itself, by use of a web application developed by the artists. Although the format was very enriching for the project, instances have been very few, mainly due to the lack of interest in social media critique at the time.

The essay published on the ESEA's website and in the Sniff, Scape, Crawl (PZI) publication has operated as a self standing paper, while the Funware one has been presentated alongside preliminary research material and an Interview of the artists. The last two interviews, circulated in Libération, fundationtelefonica, appealed to a more generalist audience. 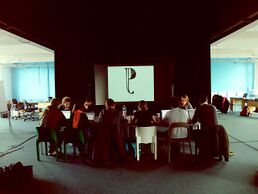 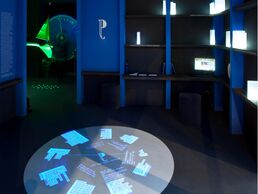 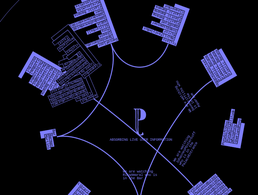 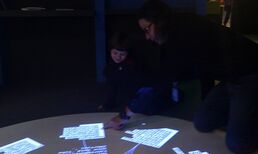 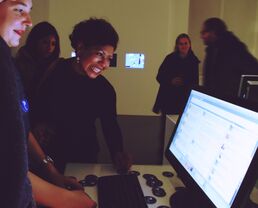 In October 2011, Naked on Pluto was awarded with the VIDA (Art and Artificial Life International Awards) 13.2. prize[10] and was exhibited at ARCO 2012 in Madrid as part of the VIDA 13.2 exhibition there. The project was also exhibited at MU Eindhoven (NL), FILE Sao Paulo (BR), FILE RIO (BR), FACT Liverpool (UK), KIBLA Maribor (SI), and the National Taiwan Museum of Fine Arts Taipei (TW).

When the project started to be exhibited, it was agreed that simply showing the website was not interesting (see wiki to traces of discussions about that matter). The artists wanted to avoid making "an exhibition of documentation" and explored ways to translate the work to the exhibition space. Besides computer terminal and wifi access to download the game on visitors' devices, two elements were key to the installation: data visualisation and printed books. The visualisation represented realtime data from activity in the game, while books were intended as physical manifestation of a library featured in the game.

The library was a final location in the game that needed to be DDOS'ed by the player in order to escape the social media dystopia world they had been jailed in. The library was essentially a metaphor for centralised social network databases. It was decided to produce for each exhibition 30 unique books, each representing the whole history of an object, a bot, a player in the game. This was made possible due to the server side recording of the state/graph of the world every x minutes during the 3 years the game was running.

Publishing had an important role and served different functions, from dissemination and making public the current state of the research, to the use of publishing as an artistic medium in itself. At the basis of the project was the research blog that was started early on and was used to announce milestones, events, but also share snippets of code, various musing about the topic and interviews with peers and scholars. Less visible but not hidden either, was the project's wiki, that was used to draft internal documents, dump ideas, manage several TODOs and overall roadmap for the project. At some point, when the game was pretty much final, the interactions between bots and players became source material to generate and publish content outside of the game. This took the forms of a blog, a Twitter bot, and a collection of printed books for the exhibitions. Finally during the project lifetime several interviews were given, a conference paper was writen, and the project is occasionaly mentionned in academic literature even years after the game was taken offline.

One significant content of the blog was the 12 interviews that took place between september 2010 and january with "experts, owners, users, fans and haters of social media", so as to map the different perspective at the time regarding social networks and data privacy. Next to providing of snapshot of social media critque at the turn of 2010, these interviews also served as inspiration for the developing new or re-enforcing existing narrative elements of the game. The interviews can be found in blog archive and a mashup was published by Baltan Laboratories in A Blueprint for a Lab of the Future (2011).

The wiki was used to dump ideas, draft documents, and share some materials. It was roughly organised but with little intent to make it particularly useful public audience. The wiki being also used for other projects and occupations, all the pages related to the project were put in the MediaWiki category "Naked on Pluto".

Naked on Pluto was produced by Dave Griffiths, Aymeric Mansoux and Marloes de Valk with support from NIMk (now LIMA). Major part of the work was developed through sprints as part of the Funware residency (2010) at NIMk,[11] Baltan Laboratories and Piksel. The Facesponge workshop (2011) was supported by AVEK and Baltan Laboratories. Web hosting was provided by servus.at.

This documentation, along with presentation and archive, was assembled by Dušan Barok and Julie Boschat Thorez in collaboration with Aymeric Mansoux as part of the programme Documentation of Digital Art organised by LIMA in January-June 2020. The process is to be discussed in an online workshop on 30 June 2020.