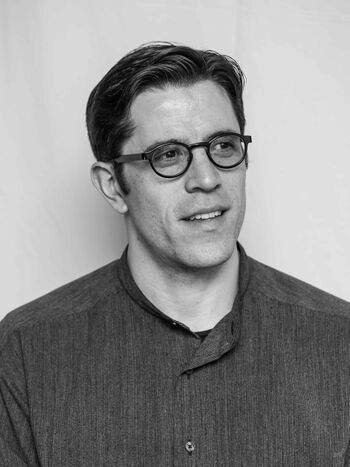 Saul Albert is a lecturer in Social Science (Social Psychology) in Communication and Media at Loughborough University.

His research explores the technology of social interaction at two ends of the spectrum of formalization. At one end, his work on conversational AI asks which features and mechanisms of human social action can be represented and modeled computationally. At the other, he studies how people make aesthetic judgements and interact while dealing with underdetermined cultural objects and situations. This program spans multiple, often incompatible disciplines, so his work builds methodological interfaces between them.

His PhD (2017) in the Cognitive Science Research Group in the School of Electronic Engineering and Computer Science at Queen Mary University of London explored how people do aesthetic evaluations in interaction, funded by a grant from the EPSRC’s Media and Arts Technology Doctoral Training Centre.

Saul's background is in the arts, where he worked in participatory culture, science, and technology, co-founding The People Speak Network in 2006 to host open-ended conversations in public spaces. (2022)