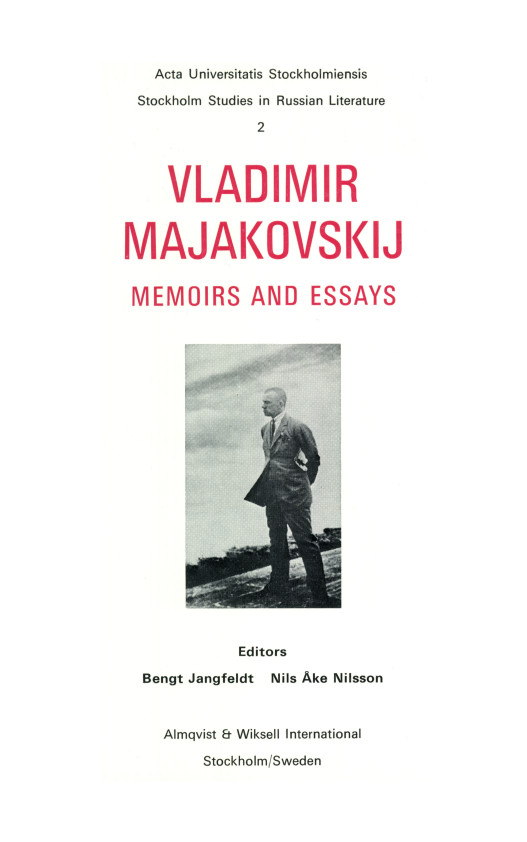 “This collection of materials on Majakovskij is the result of Swedish-Russian cooperation, with the Russian side represented by such prominent contributors as Lilja Brik, Elsa Triolet, N. Xardziev, and V. Katanjan. As the highlight, the reader will unquestionably single out the memoirs by Lilja Brik and Elsa Triolet. Written in 1956, both were originally intended for the ill-fated second volume of materials on Majakovskij which was to appear in the series Literaturnoe nasledstvo and which Central Committee banned from publication in 1958.” (from a review by Halina Stephan)