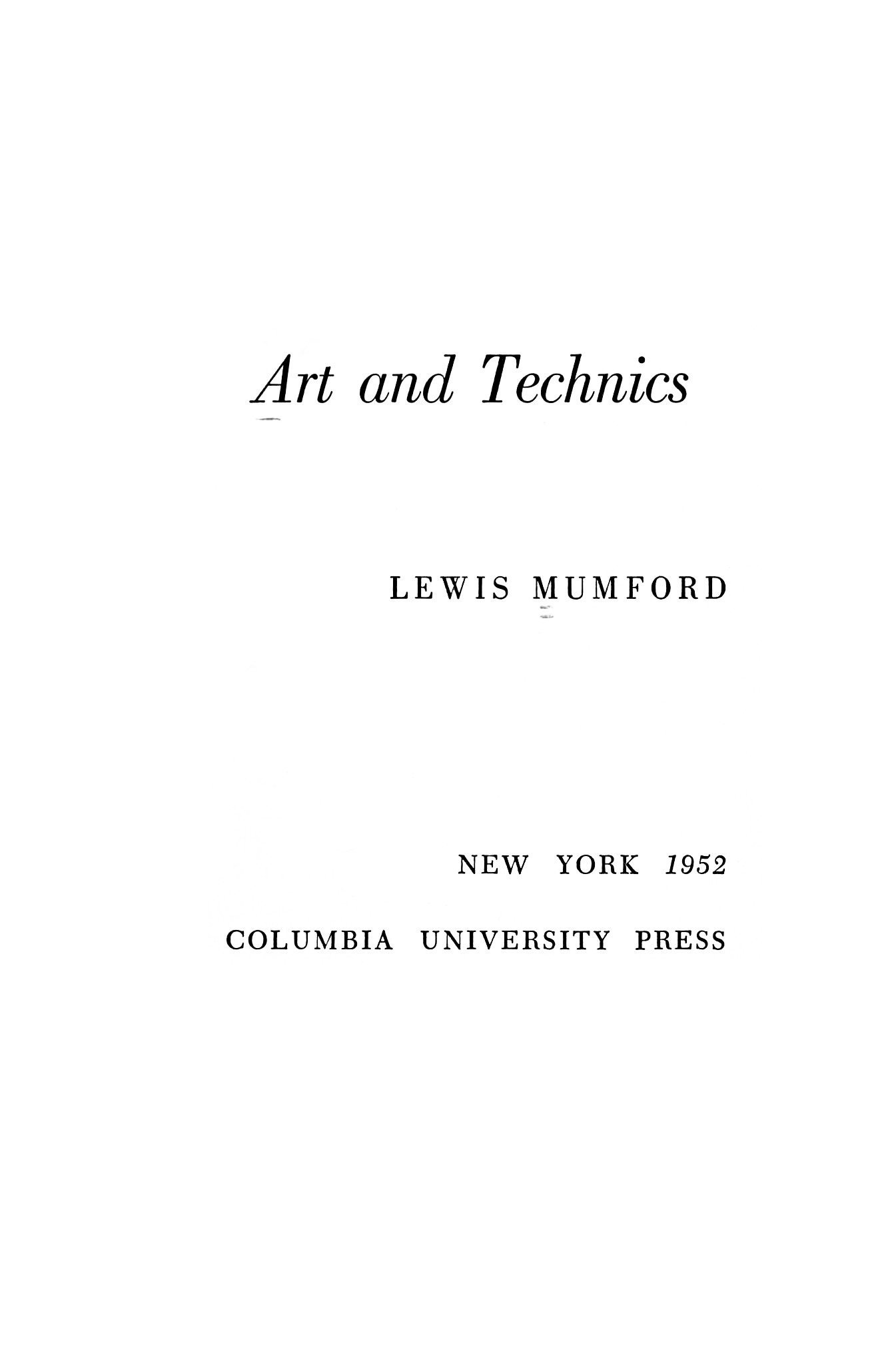 Lewis Mumford — architectural critic, theorist of technology, urbanist, cultural critic, historian, biographer, and philosopher — was the author of almost thirty books, many of which expounded his views on the perils of urban sprawl and a society obsessed with “technics.”

In these lectures delivered at Columbia University in 1951, Mumford explores “the ethical problems that drove all of his writings on art, technology and urbanism: the severing of the bonds of fellowship and community in advanced industrial society; the waning sense of a public good and the resulting moral crisis of modern life; the cultural divide separating an instrumental language of technique from the symbolic language of aesthetic experience; and the plight of ‘personality’ in a bureaucratic age.” (from the introduction to the 2000 edition) 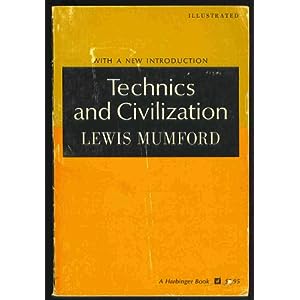 Although Lewis Mumford is widely acknowledged as the seminal American critic of architecture and urbanism in the twentieth century, he is less known for his art criticism. He began contributing to this field in the early 1920s, and his influence peaked between 1932 and 1937, when he was art critic for the New Yorker. This book, for the first time, assembles Mumford’s important art criticism in a single volume. His columns bring wit and insight to bear on a range of artists, from establishment figures like Matisse and Brancusi to relatively new arrivals like Reginald Marsh and Georgia O’Keeffe. These articles provide an unusual window onto the New York art scene just as it was casting off provincialism in favor of a more international outlook. On a deeper level, the columns probe beneath the surface of modern art, revealing an alienation that Mumford believed symptomatic of a larger cultural disintegration.
Many of the themes Mumford addresses overlap with those of his more familiar architectural criticism: the guiding role of the past in stimulating creativity in the present, the increasing congestion of the modern metropolis, the alarming lack of human control over modern technology, and the pressing need to restore organic balance to everyday living. Though he was open to new movements emanating from Europe, Mumford became the chief advocate of a progressive American modernism that was both socially aware and formally inventive.