“The Occupy Handbook pairs the most widely read and closely followed of the world’s economic, business, and cultural writers with the most popular protest movement in American history since the sea change of the 1960s: Occupy Wall Street.

The Occupy Handbook captures the Occupy Wall Street phenomenon in all its ragged glory, giving readers an on-the-scene feel for the movement as it unfolds while exploring the heady growth of the protests, considering the lasting changes wrought, and recommending reform. A handbook to the occupation, The Occupy Handbook is a talked-about source for understanding why 1% of the people in America take almost a quarter of the nation’s income.” 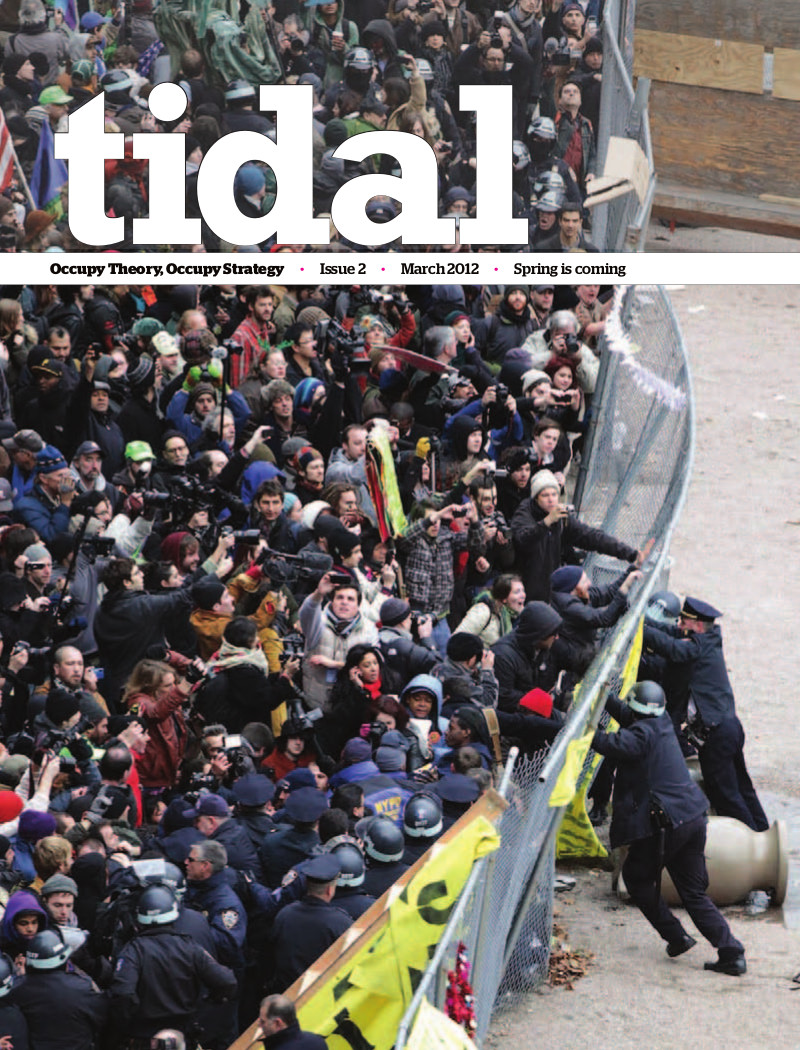 “We have spent the winter learning, working and growing. And now we are being propelled to bolder, more intelligent forms of resistance.

Our vision and alternatives will come in time, with patience, working together, when we reflect the strength and diversity of the 99%. Until then, let’s grow our power with each other against a government that’s no longer responsive to the will of the people it claims to represent.

We hope this Tidal ignites new conversations and deepens older ones amongst each other, in our assemblies, working groups, caucuses, universities, town halls, union halls, bars, bus stops, subway cars, shelters, dinner tables, and workplaces, in every spaces we occupy. The stakes are high enough that the conversations should happen everywhere. And perhaps the coming year will be the moment when we are unleashed beyond a ‘movement’ and towards a new way of being.” (Editorial statement)