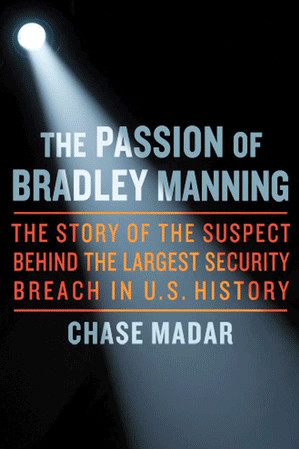 The gripping inside story of the last unknown realm of the British secret service: GCHQ (Government Communication Headquarters).

GCHQ is the successor to the famous Bletchley Park wartime code-breaking organisation and is the largest and most secretive intelligence organisation in the country. During the war, it commanded more staff than MI5 and MI6 combined and has produced a number of intelligence triumphs, as well as some notable failures. Since the end of the Cold War, it has played a pivotal role in shaping Britain’s secret state. Still, we know almost nothing about it.

In this ground-breaking new book, Richard Aldrich traces GCHQ’s evolvement from a wartime code-breaking operation based in the Bedfordshire countryside, staffed by eccentric crossword puzzlers, to one of the world leading espionage organisations. It is packed full of dramatic spy stories that shed fresh light on Britain’s role in the Cold War – from the secret tunnels dug beneath Vienna and Berlin to tap Soviet phone lines, and daring submarine missions to gather intelligence from the Soviet fleet, to the notorious case of Geoffrey Pine, one of the most damaging moles ever recruited by the Soviets inside British intelligence. The book reveals for the first time how GCHQ operators based in Cheltenham affected the outcome of military confrontations in far-flung locations such as Indonesia and Malaya, and exposes the shocking case of three GGHQ workers who were killed in an infamous shootout with terrorists while working undercover in Turkey.

Today’s GCHQ struggles with some of the most difficult issues of our time. A leading force of the state’s security efforts against militant terrorist organisations like Al-Qaeda, they are also involved in fundamental issues that will mould the future of British society. Compelling and revelatory, Aldrich’s book is the crucial missing link in Britain’s intelligence history.

The growth of social media poses a dilemma for security and law enforcement agencies. On the one hand, social media could provide a new form of intelligence – SOCMINT – that could contribute decisively to keeping the public safe. On the other, national security is dependent on public understanding and support for the measures being taken to keep us safe.

Social media challenges current conceptions about privacy, consent and personal data, and new forms of technology allow for more invisible and widespread intrusive surveillance than ever before. Furthermore, analysis of social media for intelligence purposes does not fit easily into the policy and legal frameworks that guarantee that such activity is proportionate, necessary and accountable.

This paper is the first effort to examine the ethical, legal and operational challenges involved in using social media for intelligence and insight purposes. It argues that social media should become a permanent part of the intelligence framework but that it must be based on a publicly argued, legal footing, with clarity and transparency over use, storage, purpose, regulation and accountability. #Intelligence lays out six ethical principles that can help government agencies approach these challenges and argues for major changes to the current regulatory and legal framework in the long-term, including a review of the current Regulation of Investigatory Powers Act 2000.