Frances Stonor Saunders: The Cultural Cold War: The CIA and the World of Arts and Letters (1999) In addition to being short-listed for the Guardian First Book Award upon publication last year, Frances Stonor Saunders’s The Cultural Cold War was met with the kind of attention reserved for books that directly hit a cultural nerve. Impassioned reviews and features in major publications such as the New York Times and the Wall Street Journal have consistently praised Saunders’s detailed knowledge of the CIA’s covert operations. Engineering Communism is the fascinating story of Joel Barr and Alfred Sarant, dedicated Communists and members of the Rosenberg spy ring, who stole information from the United States during World War II that proved crucial to building the first advanced weapons systems in the USSR. On the brink of arrest, they escaped with KGB’s help and eluded American intelligence for decades.

Drawing on extensive interviews with Barr and new archival evidence, Steve Usdin explains why Barr and Sarant became spies, how they obtained military secrets, and how FBI blunders led to their escape. He chronicles their pioneering role in the Soviet computer industry, including their success in convincing Nikita Khrushchev to build a secret Silicon Valley.

The book is rich with details of Barr’s and Sarant’s intriguing andexciting personal lives, their families, as well as their integration into Russian society. Engineering Communism follows the two spies through Sarant’s death and Barr’s unbelievable return to the United States. 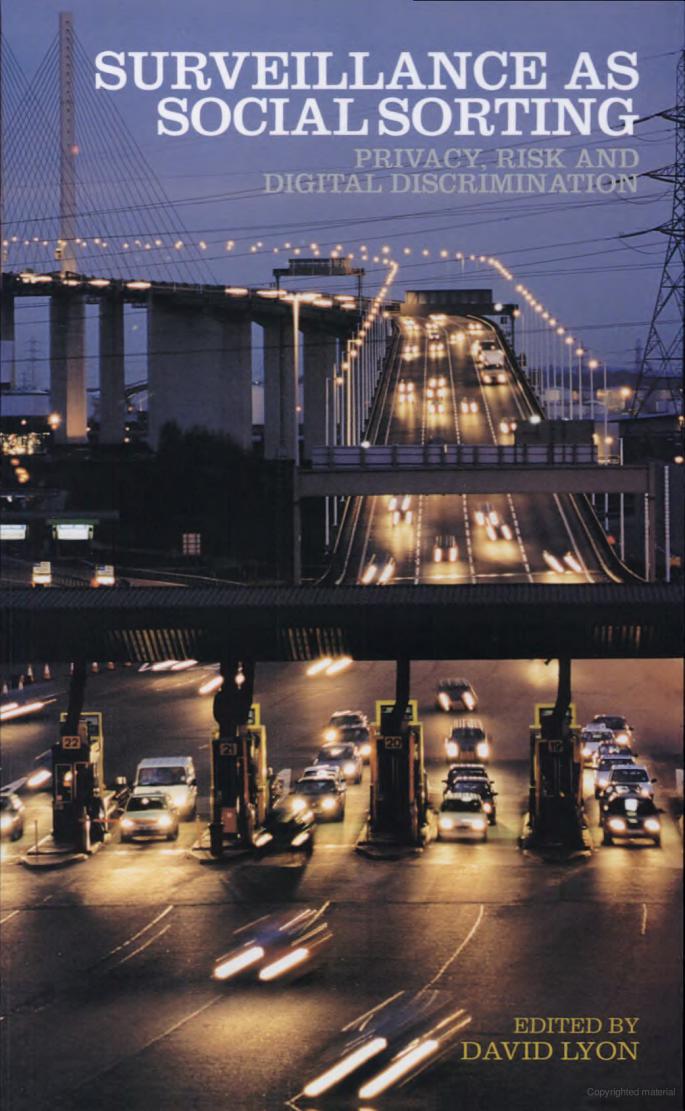 Surveillance happens to all of us, everyday, as we walk beneath street cameras, swipe cards, surf the net. Agencies are using increasingly sophisticated computer systems – especially searchable databases – to keep tabs on us at home, work and play. Once the word surveillance was reserved for police activities and intelligence gathering, now it is an unavoidable feature of everyday life.

Surveillance as Social Sorting proposes that surveillance is not simply a contemporary threat to individual freedom, but that, more insidiously, it is a powerful means of creating and reinforcing long-term social differences. As practiced today, it is actually a form of social sorting – a means of verifying identities but also of assessing risks and assigning worth. Questions of how categories are constructed therefore become significant ethical and political questions.

Bringing together contributions from North America and Europe, Surveillance as Social Sorting offers an innovative approach to the interaction between societies and their technologies. It looks at a number of examples in depth and will be an appropriate source of reference for a wide variety of courses.