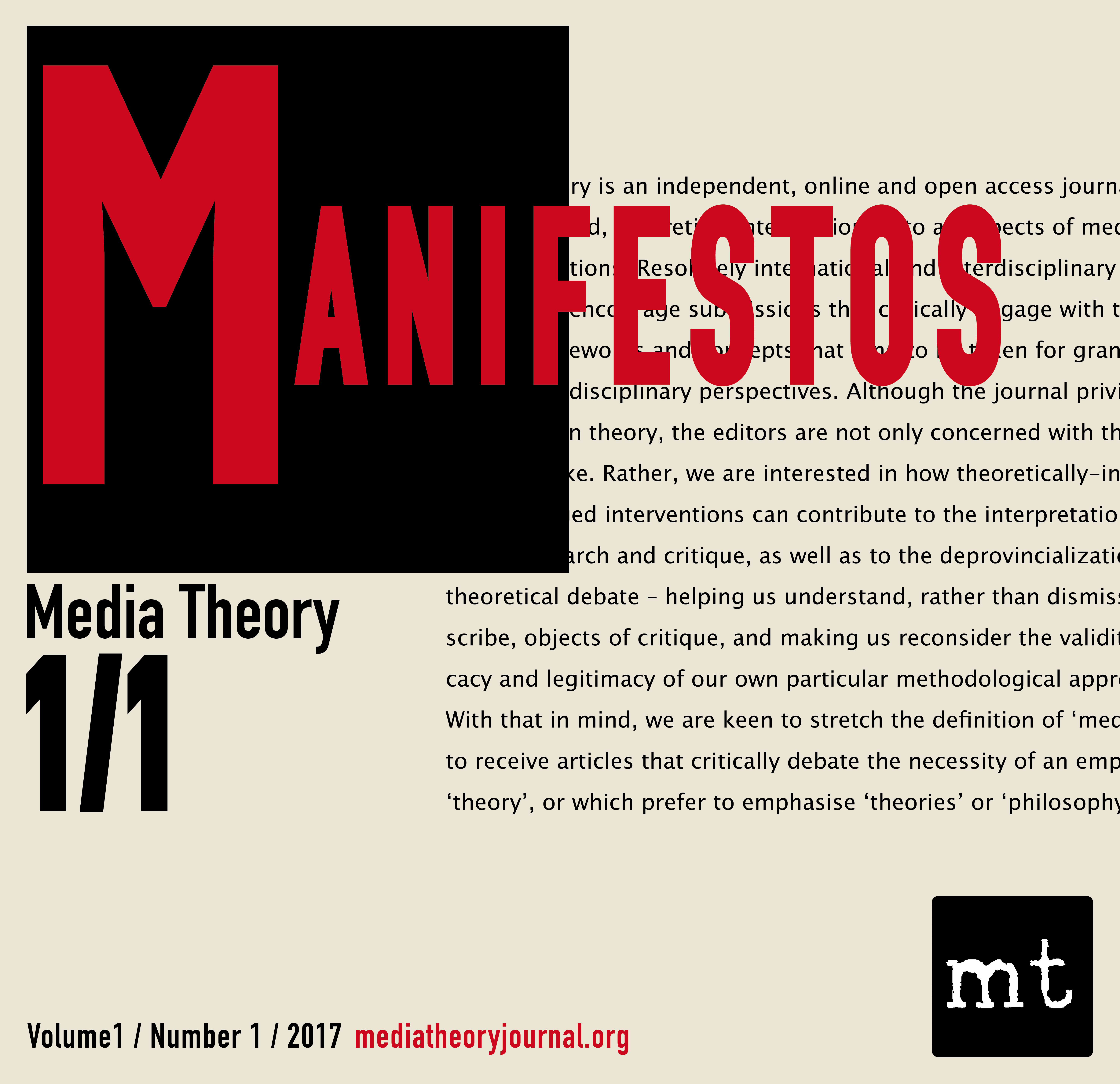 For this launch issue of the journal, editorial and advisory board members were invited to set out their own views on the importance of (a new journal of) media theory.