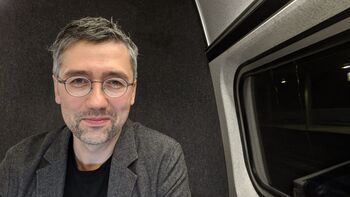 Dennis Yi Tenen is an associate professor of English and Comparative Literature at Columbia University. His teaching and research happen at the intersection of people, texts, and technologies. A long-time affiliate of Columbia’s Data Science Institute and formerly a Microsoft engineer and a Berkman Center for Internet and Society Fellow, his code runs on millions of personal computers worldwide. Tenen received his doctorate in Comparative Literature at Harvard University under the advisement of Professors Elaine Scarry and William Todd. A co-founder of Columbia’s Group for Experimental Methods in Humanistic Research and the editor of the On Method book series at Columbia University Press, he is the author of Plain Text: The Poetics of Computation (Stanford University Press, 2017). His recent work appears on the pages of Modern Philology, New Literary History, Amodern, boundary2, Computational Culture, and Modernism/modernity on topics that include literary theory, the sociology of literature, media history, and computational narratology. His next book concerns the creative limits of artificial intelligence. (2022)