From Monoskop
(Redirected from Winiarski)
Jump to navigation Jump to search 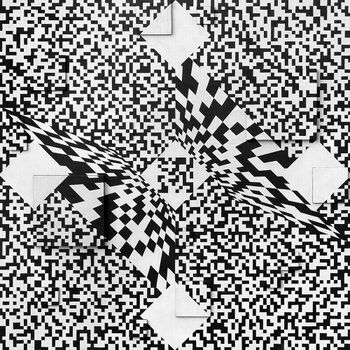 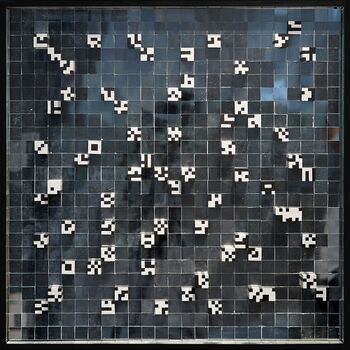 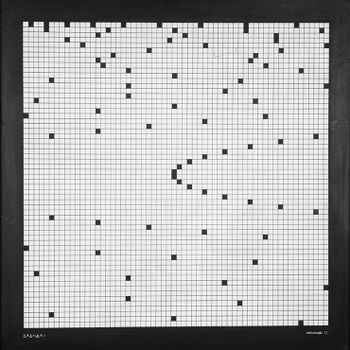 Ryszard Winiarski (1936, Lviv - 2006, Warsaw) was a painter, creator of spatial forms and stage designs. Prior to beginning his studies at the Academy of Fine Arts in Warsaw, he graduated from the Mechanical Engineering Faculty at the Warsaw University of Technology, where he defended a thesis on hydraulic/pneumatic transmitters. While a student at the Academy of Fine Arts, he worked as a technical director at the Stelmos gasket factory. Throughout his artistic career, he sought to integrate art with the sciences. One of his exhibitions of programmed paintings included audience participation in the creative process through playing games of his own design. By the 1980s he concluded that program-based painting systems had reached their limits and began to revise his artistic conceptions. He began drawing on intuition, subjective experiences and emotions in his works. (Source)

In the period 1953-1955 Winiarski studied at the Faculty of Mechanical Engineering, Łódź University of Technology, and afterwards between 1955 and 1959 at the Faculty of Precision Mechanical Engineering, Warsaw University of Technology, where he earned the Master of Science degree. From 1955 he attended Zofia Matuszczyk-Cygańska's classes at an arts centre in Warsaw’s Muranów neighbourhood. In 1958, he began attending Aleksander Kobzdej’s workshop at the Academy of Fine Arts in Warsaw as an auditing student, where he undertook his studies in 1960 at the Faculty of Painting, supervised by Stanisław Szczepański, Jan Wodyński and Aleksander Kobzdej. In addition, he studied stage design under Władysław Daszewski and typography under Julian Pałka. At the end of his studies he participated in the seminar dedicated to the relations of science and art delivered by Mieczysław Porębski. In 1966, he completed his studies with the diploma thesis titled Event-Information-Image, which constituted a theoretical interpretation for the series of paintings called Attempts to Visually Represent Statistical Distributions. In the same year Winiarski received the main prize at the 1st Symposium of Artists and Scientists “Art in the Changing World” in Puławy for an innovative theoretical concept executed by means of art.

From that moment on, Ryszard Winiarski persistently followed his own original art programme, the sole subject of which were "selected mathematic problems, statistics, games, fortune and other objective and logical processes". The artist "made an attempt to use nomenclature and signage derived from mathematics in his artistic oeuvre, and more precisely from statistics and theory of information. In his opinion, it was possible to build bridges between life, science, technology and art." He did not create "images" but "areas," which came into being through increasingly more complicated functions of random variables. At the same time the selected method allowed the artist to diversify techniques: he made three-dimensional, relief, kinetic, colourful objects. A project of arranging the interior of an individual exhibition in Zachęta National Gallery of Art as a monumental, prostrate image was a large-scale experiment (1970).

Polish art critic and historian Mieczysław Porębski wrote in the introduction to the catalogue for the first individual exhibition of Winiarski (Contemporary Gallery, Warsaw, 1967) as follows: "There is also the language of mathematics. If I try to learn it, I do not do it because of snobbery or pedantry. Simply it seems to me that – at our age – it is not possible to express certain matters which I find interesting and care for in a different language. Not merely express. More: see. I cannot agree that there is such a language and that I would be forced to capitulate before it in advance. If engineers, biologists, economics can use it – it is not right that philosophers, linguists, art critics, artists cannot make expressions in it".

Contacts with the Dutch circles, friendship with herman de vries, resulted in an invitation to the Symposium in Gorinchem in 1974, where Winiarski executed two projects in the town’s public space under the common title Geometry in a Landscape. There he attracted attention of art theoreticians and artists, which contributed to his participation in numerous important international exhibitions.

In 1971, during the symposium of Golden Grape in Wrocław Winiarski for the first time used sets of square mirror boards in his compositions to capture image variability.

In 1972, Winiarski adapted one of the rooms in the Contemporary Gallery in Warsaw to a game parlour, as an event accompanying an exhibition. The viewers joined the "game" proposed by the artist. The results of the game, in line with the prior determined rules, were black and white or coloured visual effects. The 1972 event was a starting point for a range of experiments and exhibitions home and abroad, where the artist tried to turn the viewer into a true partner and co-creator of a piece of art (Author's Poster 1972; 5×5, 1974; Stroboscope, 1975; Abacuses, 1975; Workshop, 1976; Anaglyphs, 1976; Games, 1976; Drawings for Colouring, 1976).

The concept of interaction with the audience led to the return, from 1976 on, to simplest combinations of programme and fortune in Winiarski’s oeuvre and to creation of paintings from the Games series.

In the period 1976-81 he worked in the Institute of Artistic Education, Maria Curie-Skłodowska University in Lublin, as a lecturer, from 1979 as an associate professor. In 1981 he took over the workshop “Problems of painting in architecture and in human environment” at the Academy of Fine Arts in Warsaw, where in the period 1985-87 and 1987-90 he acted also as a vice-rector. In 1990 he was awarded the title of Professor. As a guest professor he delivered lectures at HFG in Offenbach in 1983.

Winiarski’s workshop at the Academy of Fine Arts, pursuing a programme that went beyond the nominal scope of painting in architecture, in the period 1983-87 gave way to an informal group composed of his students and at the same time a gallery presenting a broad spectrum of artistic search, not excluding the ‘new expression’ tendencies prevailing at that time.

In 1984, Winiarski formulated the concept of "Geometry Under Tension", created a manifesto and an installation (exhibition in RR Gallery in Warsaw) and "Wood tangram" at Intellectual Stream in Polish Art exhibition, BWA Lublin. In the same year he presented an installation titled Black Square or Flying Geometry at Bożena Kowalska’s Language of Geometry exhibition in Warsaw’s Zachęta National Gallery of Art. In an interview of 1985 he added: "Over all the past years I rejected an emotional attitude to my own art by principle. The action programme was not subject to any emotional evaluation. So the change consists in the emotion being granted equal rights at the moment. There is a game permitting expression to participate in the artistic practice."

1987 saw the first installation from Geometry or the Chance of Meditation series, built using burning grave lanterns or bricks.

Winiarski completed more than fifty stage design projects for theatre and television, most of them for the Polish Theatre in Warsaw.

In 1996 Winiarski became the laureate of the Jan Cybis Award. The award granting ceremony was accompanied by a large retrospective exhibition in the House of the Visual Artist in Warsaw.

In 1999, One Painting and Many Dedications exhibition presented one work by Ryszard Winiarski and 52 paintings dedicated and given to him over the years by his artist friends, among others: Christo and Jeanne-Claude, Sol LeWitt, Dora Maurer, Jacob and Max Bill, Shizuko Yoshikawa, Georg Karl Pfahler, Jan Eric Visser, Zbigniew Gostomski, Tomasz Ciecierski, Tomasz Tatarczyk.