Edward Sheriff Curtis (February 16, 1868 – October 19, 1952) was an ethnologist and photographer of the American West and of Native American peoples. 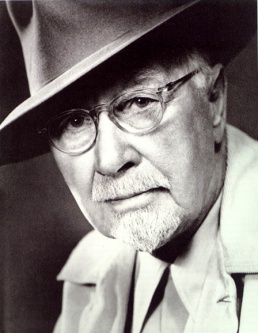 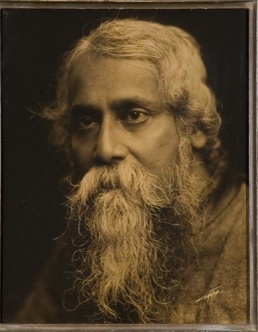 Coming from a modest family, Edward Sheriff Curtis was born in 1868 on a farm in Wisconsin. His father, an invalid from the Civil War, was an itinerant preacher. The boy went to school for only 6 years. It seems that he took an interest in photography, in a self-taught capacity at an early age, working as an apprentice in a photo studio in St. Paul. After the death of the father, the family moved to Seattle in the state of Washington. Here in 1897, Curtis managed to open a photo studio of his own, specializing in portrait photography. Famous personalities came to his studio, including the Russian ballerina Anna Pavlova and the Indian poet Rabindranath Tagore.

Curtis had begun photographing in the environs of Seattle around 1890, taking shots of the Indians at nearby Puget Soung or the landscape of Mount Rainier. He knew this wilderness ans sometimes worked as a mountain guide. In 1898 he came the chance to aid a group of scientists who had lost their way in the mountains. After this event Curtis was commissioned to accompany the private Alaska expedition of the railway magnate Edward Harriman as tour photographer (1899). During the trip Curtis got to know some prominent American scientist, such as the ethnographer and expert on American Indians Goerge Bird Grinnell (1849-1938).

In the early 1900 the two got in an expedition to Montana, where Curtis had the chance to live among the Indians and photograph them. Despite his growing fascination for the Indians, Curtis knew little about them at first, and he shared the general prejudice that their religion was nothing but superstitions and magic. Yet the desire was to learn more about the individual tribes. For his first photographs he asked Indians to re-stage famous battles or conduct ceremonies for him, erasing all traces of assimilation of Indians with the white man. His Indian models, who lived mostly on the reservations, posed for Curtis’s camera as the wanted to recapture their past – a dream of pride and freedom.

The idea of creating an extensive documentation of Indians came to Curtis around 1903. he conceived of the plan of capturing in word and image the history of all the Indian tribes, their life, ceremonies, legends and myths. The ares of investigation were language, social and political organization, geographical context, living conditions, dress and costumes, the rituals and customs linked to birth, marriage and death, as well as games, music and dance. By the year 1928, Curtis visited more than 80 Indian tribes. For his task he had for years to photograph in both heat and cold, in drought and in deep snow. Curtis learned a number of Indian languages with time, that was an advantage for him and to have a member of the tribe at his side as an adviser and informant. Over the years the photographer won the trust and friendship of the Indians. Since the North American Indian people had no written lore, Curtis directed his attention to their oral traditions. He noted the biographies of prominent chieftains, warriors, medicine man and priests, and with the help of an early sound-recording device also captured the Indians’ music. Although Curtis’ Indian pictures were already known in the beginning of the 20th century, the photographer was unable to fund his project. President Theodore Roosevelt came to know Curtis’ work (even wrote “the foreword” of The North American Indian) and introduce him to the financier John Pierpont Morgan (1837-1913). The patron Morgan supported Curtis and his documentary project with a kind of bursary.

Curtis was often seen as lonely in this ambitious work. Yet the photographer conducted his research with 17 collaborators. Some of them accompanied him on the field, while others worked in his Seattle photo studio, or helped him with the production of the encyclopedia. Public and scientific interest in the progress of Cutis’ great work had already disappeared by the early 1920s. Curtis was 59 years old at his journey to the Artic for the last volume (the 20th tome and the 20th portofolio). In the years following completion of the project, Curtis worked on his manuscript of his late work, „The Lure of Gold”, which was never published. The photographer died in 1952, age 84, at Whittier, California, not far from Los Angeles.

Recently was an interest about Curtis as author and researcher of Indians. His contemporaries reacted different ways to his goal. Despite Roosevelt’s political backing, ethnologists regarded Curtis with suspicion. The photographer had no academic training and often seen as a teacher, of his lectures and published articles. The scientists were offended but the aesthetic character of his images. Curtis wanted to present his expeditions in artistic form, and his photographs show an idealized view of reality. The photographer "staged-managed" his models in their surroundings, how it is usage in documentary. 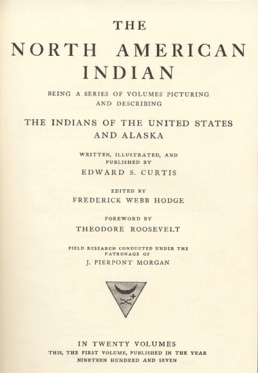 His many years of travels culminated in the 20-volume encyclopedia The North American Indian, which comprised extensive textual material and some 2,200 photogravures. The work was issued in a very limited print run between 1907 and 1930, the set costing around 3,000 dollars. The encyclopedia covers the entire American continent north of the Mexican border and west of the Mississippi, and constitutes one of the most important historical publications on American Indians. It is also one of the most beautiful books ever produced, printed on heavy paper, leather-bound and with gilt edging. Each of the 20 volumes, which were illustrated with approx. 75 plates measuring 14*19 cm and which featured charts or maps, was dedicated to one or a number of related Indian tribes in North America. Each volume was accompanied by a separate portfolio, which contained 36 large-format photogravures, measuring 30*40 cm. By these photogravures, which were also sold in a separate edition of offprints, top-quality prints, Curtis’s reputation as a photographer rests.

In 1914 Curtis shot a feature film, entitled In the Land of the Headhunters, based on the life of the Indians on the Pacific north-west coast. This was the first movie in film history that placed an Indian ethnic group at the center of the film.

No other photographer dedicated over 30 years to the goal of capturing the Indian tribes in word and images, to create a larger body of pictures on this subject. His portraits show the Indian heritage as part of American history. These images remain on our minds: shots of Indians who radiate strength and dignity, images that document a great cultural diversity, the family, the tribe and the nation.