Difference between revisions of "Ilse Fusková" 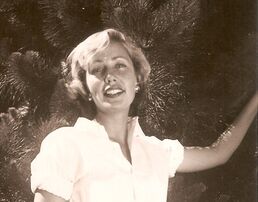 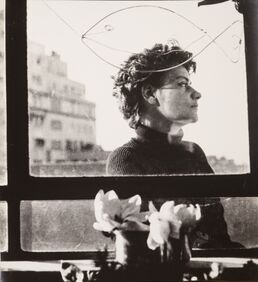 Born to German father and Czechoslovak mother in Buenos Aires, Ilse Fusková studied at the Escuela Nacional Bellas Artes Prilidiano Pueyrredón and the Escuela Superior de Bellas Artes de la Nación Ernesto de la Cárcova, and later deepened her practice of photography with Horacio Coppola and Grete Stern. Early in her career she studied journalism at the Instituto Grafotécnico of the Asociación Obra Cardenal Ferrari. This profession linked her more closely with photography and brought her into the public space.

During the 1940s, she worked as flight attendant for Scandinavian Airlines. Her global travels in propeller-driven airliners allowed her to experience the lifestyle of the New Woman, a feminist ideal representing an atypical modern woman whose conduct transgressed traditional bonds and boundaries and the obligations to which women were subjected. She was able to wander about the world as a kind of airborne flâneuse.

As a photographer, Fusková produced a portrait of Buenos Aires and its suburbs, documenting poor and marginalised people – as can be seen in one of her first series, Niños de la Isla Maciel [Children of Maciel Island, 1946-1955] – as well as older people, factory workers and labourers, in sharp contrast to the reigning abstraction of the Modernist period. She also portrayed artists and other cultural celebrities, many of them friends she had made as a figure in the Buenos Aires bohemian scene herself.

During the heyday of glossy magazines such as El Hogar, Historium, Mundo Argentino and Para Ti, she published not only her photographs but also her thoughts and reflections about the role of women. She wrote news articles and opinion pieces for Chicas (1951-1954) using the pen name Felka.

After a period absorbed in family life, in the 1970s and during the military dictatorship she became close to the Women’s Liberation Movement. After a decade of thinking and activism, she produced the series El Zapallo [The Pumpkin, 1982], twenty photographs in which she physically and mentally explores fertility. By training a woman’s lens on women’s naked bodies, this foundational, path-breaking work interrogates the patriarchal system in art history.

In the mid-1980s, Fusková was part of the Imagema group founded by Horacio Coppola and Juan José Guttero, and became a lesbian feminist activist. In 1992 she joined Gays por los Derechos Civiles, and, with Carlos Jáuregui, and together they organised the first LGBT Pride march in Buenos Aires. She had recognized herself as a lesbian at the age of fifty, and shared her lesbian activism with her partner Claudina Marek, with whom she wrote the book Amor de mujeres. El lesbianismo en la Argentina, hoy (1994), a dialogue with Silvia Schmid. This book, published during a period of social and political upheaval, is testament to what it means to be a lesbian in Argentina today, amidst a struggle for acceptance and sexual liberation. Over the following decades, she has continued attending feminist meetings and publishing articles and books to popularise her ideas and encourage activism. (Source)

Throughout her career she changed her signature: her first images bore the name Felka; later - she was married for 30 years and had three children - it was Felka Kornreich; at the end of the 1970s, before her divorce, it was Ilse Kornreich and after the separation she chose her paternal surname, Ilse Wunche, until she adopted her current one.