Born in Gilmore City, Iowa, Solt was the daughter of a Methodist minister from England. She was educated at Iowa State Teachers College (now the University of Northern Iowa), where she first studied piano before earning a BA in literature, and at the University of Iowa, where she earned an MA.

Solt began writing concrete poetry in the 1960s and became a leader of the concrete poetry movement, editing the influential anthology Concrete Poetry: A World View (1968). She is the author of the poetry collections Flowers in Concrete (1966), Marriage: A Code Poem (1976), and The Peoplemover 1968: A Demonstration Poem (1978), as well as the poetry pamphlet A Trilogy of Rain (1970). Her concrete poetry has been exhibited at the Venice Biennale (1969), the Jewish Museum in New York City (1970), and the Stedelijk Museum in Amsterdam (1971). An essay of hers is included in the 1990 exhibition catalogue Robert Lax and Concrete Poetry (1990).

Solt received a fellowship from the National Endowment for the Humanities to support her scholarship on poet William Carlos Williams. Mary Ellen Solt: Toward a Theory of Concrete Poetry (2010, edited by Antonio Sergio Bessa) presents her poetry and scholarly essays as well as critical essays on her work. She edited Dear Ez: Letters from William Carlos Williams to Ezra Pound (1985). 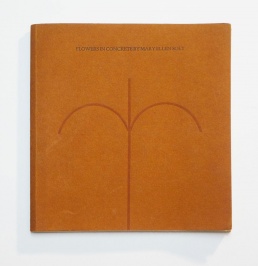 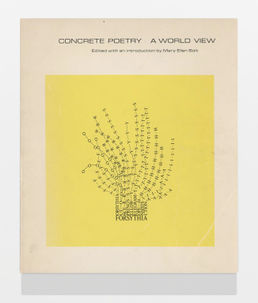