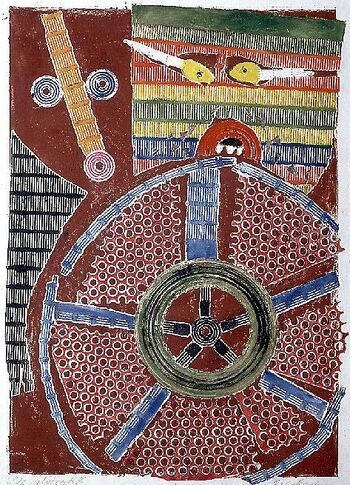 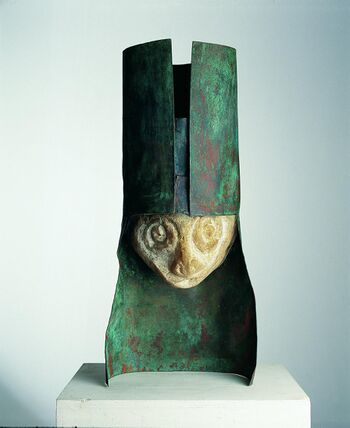 Born in Germany, he moved to Norway following the Nazi takeover in 1933. Inspired by scenery and working life there, he discarded canvas and paintbrushes [1] for good, and turned to printmaking. He developed his own techniques for metal prints [2] and so-called Snegraffik [material pictures] [3], for which he used a range of materials: metal plates, copper wire, wood, stone, glass, mica, rope, nails, and so on.

1938 saw his first exhibition of material pictures, held at the premises of Kunstnerforbundet in Oslo.

Nesch's metal-plate technique is described by Sidsel Helliesen of the National Museum; Eivind Otto Hjelle writes about his material pictures.

His work provided inspiration for the abstract artist Olav Strømme and many other Norwegian Modernists in the 1930s.