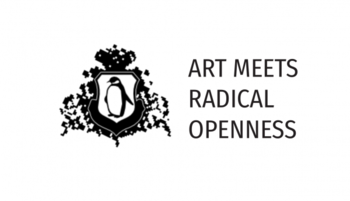 AMRO, Art Meets Radical Openness, is a biennial festival for art, hacktivism and open cultures in Linz, organized since 2008 by servus.at in cooperation with the Linz University of Art, Department of Time-Based Media.

It brings together local and international artists, activists, developers, researchers and hacktivists involved with the culture of sharing and communal production. Free Open Source Software, open tools in general and the use of free licenses are the precondition and basis for the digital practice of a community like this, which impels social transformation.

AMRO has its roots in the Free Software movement of the early 2000s. In conjunction with the Austrian-wide initiative Linux Weeks, servus.at was a co-organizer from the beginning with an event in Linz (LiWoLi – “Linux Weeks Linz”). The cultural, artistic and socio-political focus of the association, which is still marked by the spirit of the Free Software movement, has been systematically expanded with a new cooperation partner. The Kunstuniversität Linz with the Department “Time-Based Media” supports the event since 2008. Social, societal and political aspects arising from the pervasion of technology in everyday life were shifted into the foreground.

The Principles of openness and freedom - applied to art and culture - led to the new Title for the event: Art Meets Radical Openness. When art meets radical openness, this suggests a paradox. For what is generally considered contemporary art is rarely "radically open" in the sense that their authors consciously use sources, processes and content to further processing, as is the case with F/LOSS projects (Free/libre Open Source software) is common. What can be successful in the development of free software, however, represents a challenge for us in dealing with information. Which information is meaningful and should be made available to whom in what form?