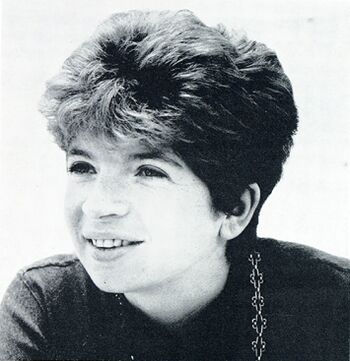 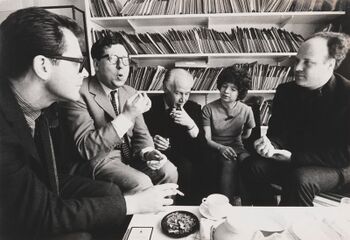 Jasia Reichardt (13 November 1933, Warsaw) is a British art critic, editor, curator, and gallery director with an interest in art and its intersection with other fields, especially technology.

In the 1950s she was assistant editor of the weekly arts magazine Art News and Review. From 1963 to 1971 she was assistant director of the Institute of Contemporary Arts in London. In 1965, she curated the exhibition Between Poetry and Painting on concrete poetry and art, during whose preparation she met Max Bense. She curated the first major international exhibition on computer art, Cybernetic Serendipity, which was exhibited at the ICA in London in 1968 after two years of preparation.

From 1974 to 1976 Reichardt was director of the Whitechapel Art Gallery. She taught at the Architectural Association for 10 years, and other colleges. From 1989 to 1998 she was director of ARTEC Biennale in Japan. She has also spent many years on the Themerson Archive of which the 8-volume catalogue is now complete.