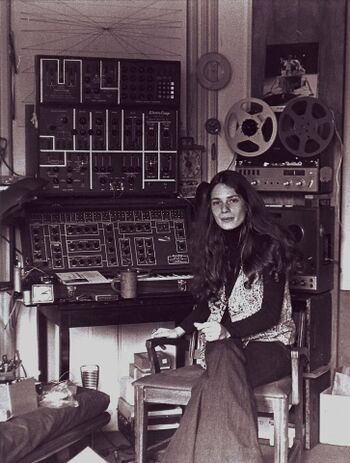 Laurie Spiegel (born September 20, 1945 in Chicago) is an American composer. She has worked at Bell Laboratories, in computer graphics, and is known primarily for her electronic-music compositions and her algorithmic composition software Music Mouse. She also plays the guitar and lute.

Spiegel was seen by some as a pioneer of the New York new-music scene. She withdrew from this scene in the early 1980s, believing that its focus had shifted from artistic process to product. While she continues to support herself through software development, Spiegel aims to use technology in music as a means of furthering her art rather than as an end in itself. In her words, "I automate whatever can be automated to be freer to focus on those aspects of music that can't be automated. The challenge is to figure out which is which."

Spiegel's realization of Johannes Kepler's Harmonices Mundi was chosen for the opening track on the Sounds of Earth section of the golden record placed on board the Voyager spacecraft in 1977. Her piece called Sediment was used in the "cornucopia scene" of the 2012 movie The Hunger Games.