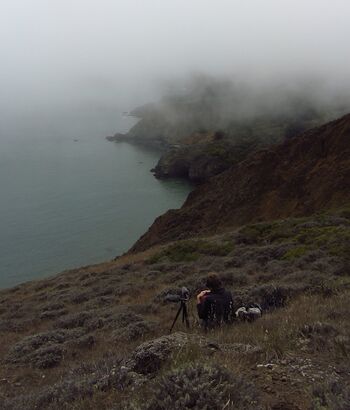 Martijn Tellinga (The Netherlands, 1974) is an artist composer and occasional interpreter. His practice occupies an intermedium between spatial installation, music composition and durational performance. Drawn from a reduced formalist-seeming vocabulary, his works pose reflections on the rudiments and boundaries of compositional form —often inquiring into modes of repetition, seriality and patterning—, and the expressive agency of an evolving materiality and contextuality. His work is commonly shaped by means of some self-evolving system, a processual organisation, open-ended durational re-arrangement or site-specific dynamic, which in turn are aimed to function as a perceptual, participatory or social medium. Much of his work is score-based and includes a wide variety of conceptual actions and chance operations, probing the emergent field between intended and accidental occurrences. Propelled by such mechanisms, his works ultimately point at the authenticity and contingency of experience and affect through self-generative measures.

Coming from a music background but gradually moving into the exhibition space, he has crafted a highly personal aesthetic which interprets and reworks components of music as the material, method or metaphor to address questions of place, self and environment within a contemporary expanded practice. Following such an approach, he produced instrumental performance settings explorative of extreme duration and the reassembling of the concert format, sound installation work investigating the part-scientific part-poetic practice of resonance tuning, and documentary pieces utilising methods of acoustic measurement and intervention style negotiations of site.

In more recent years, such works progressively came to engage as well the visual, the choreographic and the textual. His most current project ‘presence (Un) presence’ intends to pose and speak to considerations of musical mediality and agency beyond the audible. Through principles of musical form, temporality and process, it activates site-adaptive movement and choreographed action, moving image and registrative techniques, text, and the architectural setting. Applying these elements, the work stages the silent unfolding of a durational duet between two interpreters enacting 4 of our basic postures —standing, walking, sitting and lying down— as performative devices to sense, draw and recompose their shared space. Through such ‘speculative musical spaces’, an extended musicality is proposed: how can musical forms and ideas travel between and convey but also evolve through different mediums and situations, and function as a generative and experiential devise beyond sound and the concert setting?

He presents worldwide, lectures and works in residence. He has articulated his artistic research through developing undergraduate courses around the spatial, processual and environmental modalities of sound & music informed practices. This led to teaching positions at the Central Academy of Fine Arts in Beijing and ArtEZ Academy in Arnhem. He is one of the curator producers of the long running series DNK Amsterdam. With DNK Ensemble he interprets and re-enacts seminal pieces on the edge of experimental music, performance art and installation.

He lives and works in Amsterdam, The Netherlands.