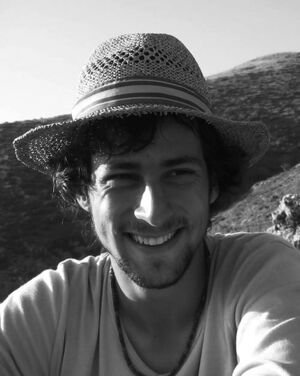 Tomáš Hlaváček is a documentary and experimental filmmaker based in Brno. In 2016 he finished the film Once you have a job, you have everything, a documentary film about Slovak Roma people who came to the Czech lands after the World War II in search of work in construction and heavy industry.

He studied philosophy and media studies at the Masaryk University in Brno. In his work he focuses on the actual social and political phenomenons, he is the author of film reportages for critical on-line newspaper A2larm.cz (Černí, bílí, spojme síly!, Kotleba nie!, Ve jménu přepravního řádu).

Tomáš is member of the 4AM Forum for Architecture and Media association (2010) which runs Gallery of Architecture in Brno 2009-2012. He is a co-author of the video installation Kill you Idol - Psychoanalysis of contemporary architecture of the City of Brno, the project was involved in the Asking Architecture exposition in the Czech and Slovak Pavilion at 13th International Architecture Exhibition of la Bienale di Venezia 2012, in cooperation with curator and architect Ján Pernecký and curator Barbora Šedivá with Kill Your Idol project.

He is a film reviewer for the Kino Art magazine and author of the documentary film Modrobílá šlechta [Blue and White Aristocracy] - the social probe into the world of the fans of the Brno hockey team Kometa.