Zdeněk Mlynář (born Zdeněk Müller, 22 June 1930, Vysoké Mýto, Czechoslovakia – 15 April 1997, Vienna, Austria) was a politician, lawyer, political scientist and Charter 77 signatory. He was a close associate of Alexander Dubček, the leader of the Communist Party of Czechoslovakia, whose short-lived experiment to launch "socialism with a human face" was brought to an abrupt end by the Soviet-led military invasion in August 1968. Mlynář wrote the political manifesto "Towards a Democratic Political Organisation of Society" which was released on 5 May 1968, at the height of the Prague Spring. He also wrote, while in exile in Vienna, an autobiographical account of the Prague Spring and the Warsaw Pact invasion that put an end to it in August 1968, Mráz přichází z Kremlu (1978). It was published in an English translation as Nightfrost in Prague: The End of Humane Socialism (1980).

Based on an obituary by Gabriel Partos.

Born in Vysoke Myto, in eastern Bohemia, in 1930, Mlynář joined the Communist Party of Czechoslovakia (CPCz) at the age of 16 and worked for the party's youth wing after secondary school. Like many Communists of his generation, he was sent to the Soviet Union to complete his education. Between 1951 and 1955 he studied at the law faculty of Moscow's Lomonosov University where he and Mikhail Gorbachev became, in Mlynář's words, "a pair of close friends".

A year after his return to Prague, Mlynář joined the Institute for State and Law of the Academy of Sciences. In the mid-1960s, as the long winter of Communist orthodoxy was beginning to be assailed by the first harbingers of the Prague Spring, Mlynář became a senior official in the CPCz's legal affairs department. The economic downturn in the early 1960s and the failure of Antonín Novotný, the long-standing CPCz leader, to follow the de-Stalinisation programmes of some of his Communist neighbours, had fuelled widespread discontent which, in turn, prompted growing demands for change within and outside the party.

It was in these conditions that in 1967 Mlynář became head of an inter-disciplinary research team whose task was to work on the development of democracy in the Communist system. This provided the theoretical foundations for the Alexander Dubček leadership's Action Programme of April 1968, a substantial part of which was written or inspired by Mlynář. Dubček had become the CPCz's leader in January 1968, and within weeks Czechoslovakia was embarking on a new path which brought the end of censorship, the re-emergence of non-Communist organisations and the promise of far-reaching market-oriented economic reforms. Mlynář was already an influential figure; as the pace of change accelerated, he was promoted in June to become one of the secretaries of the CPCz's Central Committee which, at the age of 38, made him the youngest member of the leadership.

Mlynář, like Dubček and many other reformers, believed that the Kremlin would allow them to carry on with their reforms as long as they assured the Soviet leadership of their loyalty to Moscow, stayed within the Soviet bloc and prevented the re-establishment of viable non-Communist parties. That turned out to be asomewhat naive assumption - the more so because as Mlynář was to recall in Nightfrost in Prague (1980), his insider's account of the events of 1968, János Kadár, the Hungarian leader, had warned Dubček of the dangers ahead represented by Brezhnev, asking rhetorically whether Dubček realized who he was dealing with. The Soviet-led invasion on 21 August put an end to the Czechoslovak experiment with humane socialism.

Mlynář was with the rest of the Czechoslovak leadership that was kidnapped by the invaders and whose members were forced to negotiate under duress in Moscow to give their qualified blessing to the Soviet military presence in the country. He was then elected to the CPCz's decision-making Presidium (Politburo) at the party's secret Congress held under the noses of the invading troops in a factory in the Prague suburb of Vysočany.

But as the Soviet military presence and the Kremlin's pressure weakened the reformers, Mlynář resigned his posts just three months after the invasion. In 1970 he was expelled from the CPCz and was sacked from his job at the Academy. For the next seven years he worked in the entomology department of the National Museum. This was not the only punishment he suffered; Vladimír, his son, was barred from going to university and worked as a hospital orderly.

Mlynář became one of the first signatories of Charter '77, the dissident human rights movement, when it was established in January 1977. But a few months later Mlynář and his second wife, Irena Dubská, were allowed to leave the country and they settled in Austria.

He worked at the Austrian Institute for International Policy (Österreichisches Institut für Internationale Politik) in Laxenburg, outside Vienna, from 1982 till 1989, lectured at Innsbruck University from 1989 to 1993 and became a much-quoted commentator on Soviet-bloc affairs, particularly after Mikhail Gorbachev's accession to power. Following the Velvet Revolution of November 1989, there were rumours that Gorbachev's reform-minded KGB and their Czechoslovak collaborators had plotted to install Mlynář as the leader of a revamped CPCz to prevent the complete collapse of communism. Mlynář always denied these allegations for which no conclusive evidence has ever come to light.

In the 1990s Mlynář divided his time between Austria and Prague where he became active in Czech politics and was elected honorary chairman of the Left Bloc - a small group of reform Communists who occupied the ground between the Communist Party and the Social Democrats. He stood for parliament in 1996's elections in which the Left Bloc failed to secure a single seat. As a Communist reformer of the 1968 generation, Mlynář was intensely critical of the all-out drive towards a largely unregulated market economy that followed the Velvet Revolution.

He stayed loyal to many of the ideals of the Prague Spring - an attitude that was largely out of step with Czech thinking in the 1990s. 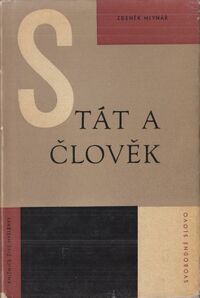 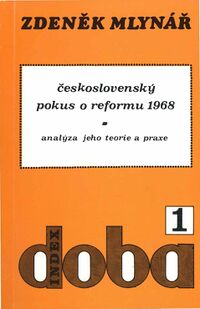 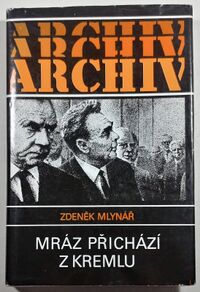