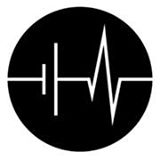 is a name of freshly emerged promoteur group based in Brno, Czech Republic. HERTZ defines a club representation of the audiovisual taste of its members, we can say it represents the "fresh wind" of Brno's alternative scene. Their core and difference from the other promoteur groups is in precision based club nights accompanied with terse visuals and "Berlin-influenced" electronic music that Brno lacked - complex audiovisual experience with the help of intense range of soundscapes, creating unique worlds of digital fiction in a club environment. In fact, events of this kind (whole clubbing sphere) offer a version of abstract virtual reality, that people come for, and like to participate in - people from HERTZ are aware of that and work with this attitude.

From techno to experimental, HERTZ dramaturgy is defined by youth-driven, new-media influenced energy of its members, who gave their spirits to event/club design and everything related, who connect local and foreign sound artists, visual artists, djs and producers into special events that they create. Strict lines, geometry, numbers, computations, precision, but also glitch, noise, experiment, etc. That's what roughly defines HERTZ and their tenor. Let's not say "boundaries". The boundaries of HERTZ may only be the limits of members' open minds, style preference, or their preference of "kunst" itself.

Born in the characteristic environment of dissatisfying, post-communist cultural life of Czechoslovakia, the nicknames of HERTZ members are: Mojave, Nina Pixel, Matwe, Krlshp, Vlat and Hierweg, the VJ.

However, clubbing and the creation of themed, style-specific "parties" is just the beginning of "Kunst-Plattform". Within the heads of these people, driven by a simple question: "Why shouldn't we?", we can see a new wave of personalities emerging. Hiding behind the pervasive shortcut of DJs, there is much more to offer in their background, let's at least scratch the surface here: