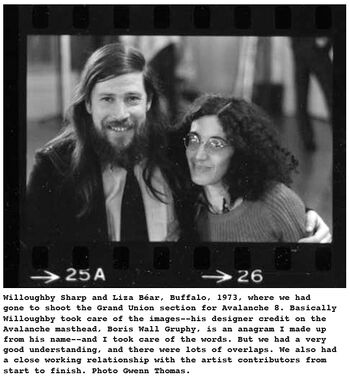 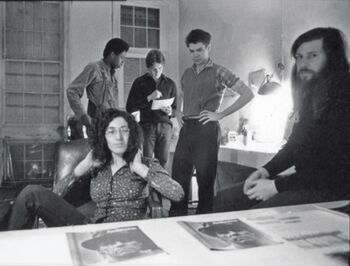 Sharp was born and raised in New York City. He received his BA from Brown University in 1957. He obtained a Master's degree in art history from Columbia University in 1967, where he studied with Meyer Shapiro and wrote his thesis on kinetic art. Sharp also pursued graduate studies in art history at the University of Paris in 1957-58 and the University of Lausanne in 1958-59. Sharp was a notable figure in the New York art scene during the 1960s and 1970s. Self-proclaimed as a "proselytizer of the avant-garde," Sharp was a champion of the Earth, Conceptual, and performance art movements. Sharp befriended Joseph Beuys in Dusseldorf in 1958 and was instrumental in introducing Beuys to the American public. He was also a video and performance artist as well as an independent curator. In 1966, Sharp co-founded Kineticism Press with Paul Maenz, an independent publishing business registered in New York, which received an award from the New York Type Director's Club in 1967 for its Gunther Uecker monograph and nail relief multiple. Together with Liza Béar he founded, edited and published the art magazine Avalanche (1970-76). Sharp indepently organized several important exhibitions, perhaps the most notable of these were Air Art (1968-69), Earth Art at the Andrew Dickson White Museum at Cornell University in 1969, and Pier 18 in February/March 1971. In November 1975, Sharp co-founded The Franklin Street Arts Center at 112 Franklin Street. He died of cancer in New York City in 2008 at the age of 72. (Source)