Lācis grew up in the Latvian countryside. Her father was a worker who took part in the 1905 Revolution in Latvia. Her family later moved to Riga. After Lācis finished a gymnasium in Riga, she joined the newly formed Bekhterev Psychoneurological Institute in St. Petersburg for a two year study. In St. Petersburg she got familiar with the theatre of Meyerhold. With the outbreak of the first world war, she moved to Moscow, where she discovered the work of Vladimir Mayakovsky. She enrolled to study theatre in the school of Fyodor Komissarzhevsky, while she was working as a teacher in a school for Latvian refugees during the day. After the October Revolution of 1917 she was sent by Narkompros to work in the city of Orel, where she worked with orphan children and developed her unique style of theatrical pedagogy, that was later conceptualized in a text Programm eines proletarischen Kindertheaters by Walter Benjamin.

Lācis was active in Bolshevik theatre in Riga in the 1920-22. The Communist Party was illegal in Latvia. To evade the threat of imprisonment she moved to Berlin, where she met Alexei Tolstoi, Fritz Lang and her husband Bernhard Reich. She got acquainted with and befriended Bertolt Brecht, a friendship that lasted till Brecht's death. In Munchen, she worked with Brecht on his 1924 solo-debut, the play The Life of Edward II of England. Her daughter Daga with Bernhard Reich got sick, so the couple moved to Capri in the spring of 1924. There Lācis met Walter Benjamin who was working in Italy on his Habilitationsschrift. Together they wrote the essay/travelogue Neapel, published on 19. August 1925 in "Frankfurter Zeitung". Later in Berlin Lācis introduced Benjamin to Brecht.

Lācis spent the years 1925-1930 between Riga, Berlin and Moscow. She worked as a worker's theatre director in Riga, operated a children's cinema in Moscow and worked for Sojuskino of the Narkompros in Berlin, where she introduced the works of Dziga Vertov to the German critique. Between 1931-33 she was the director-assistant of Erwin Piscator working on his movie Der Aufstand der Fischer in Odessa. Later she worked as a director in the Latvian State-Theatre in Moscow. Lācis spent 10 years in prison in Kazachstan, after which she returned in 1948 to Valmiera, Latvia where she worked as a theatre director. 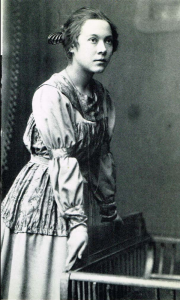 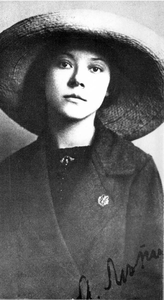 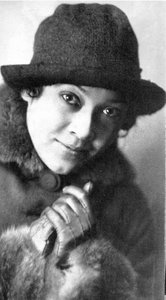 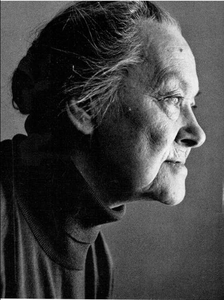