Eugeniusz Rudnik (1932) is a modern Polish composer, electronics engineer and sound engineer. He is a pioneer of electronic and electro-acoustic music in Poland.

In 1967 he graduated from the Faculty of Electronics on Warsaw University of Technology. Since 1955 he worked for Polish Radio, and in 1958 began working in the Experimental Studio of the Polish Radio. Between 1967 and 1968 Rudnik worked in the Studio for Electronic Music of the Westdeutscher Rundfunk in Cologne, where he cooperated with Włodzimierz Kotoński on implementation of Klangspiele. While in Cologne, Rudnik also worked with Karlheinz Stockhausen and Peter Kotik. In the late 1960s and 1970s Rudnik co-created some of the works of Norwegian composer Arne Nordheim, such as Colorazione and Solitaire (1969) commissioned for the opening ceremony of the Henie Onstad Art Centre in Norway, Niels and Plus ou moins (1970) created for the Scandinavian pavilion at the World's Exhibition in Osaka dedicated to the problem of degradation and need of protection of environment. Rudnik and Nordheim made together also interactive installation Sculpture sonore (1968) for a blind rehabilitation center in Oslo. Rudnik also worked on dozens of works including: Andrzej Dobrowolski – Music for Magnetic Tape and oboe solo (1965), Krzysztof Penderecki – Psalmus (1961), Ekecheirija (1972) made for the opening ceremony of Olympic Games in Munich, Włodzimierz Kotoński – Aela (1970), Bogusław Schaeffer – Missa elettronica (1975). Rudnik collaborated with Franco Evangelisti during his probation years in the Experimental Studio in Warsaw, as well as with dozens of other artists and musicians.

Rudnik was one of the first electroacoustic music producers in Poland, and is considered co-founder of the so-called Polish school of electroacoustic music. He developed innovative solutions for spatial sound projection. He also author of one of the world's first polyversional tracks for tape, and the first Polish quadraphonic track Vox Humana (1968) carried out in Studio WDR in Cologne.

As a composer he has created about 95 works, in electronic music studios in Warsaw, Stockholm, Cologne, Paris, Bourges, Baden-Baden, Brussels and Ghent. Among his most famous are Polak melduje z kosmosu (1978), Pan Jezus niewierzących (1992), Diewuszka, wasze dokumienty (1995), Martwa natura z ptakiem, zegarem, strzelcem i panną (1997), Agonia pastoralna (2004), Johna pamięci rapsod frywolny (2004) and Dzięcielina pałała na taśmę (2010). They were presented on different radio stations throughout Europe and in many countries in the world, as well as many times at festivals: Warszawska Jesień, Musica Polonica Nova in Wroclaw, World Music Days in Finland, Muzicki Biennale Zagreb, Fylkingen in Stockholm, Berliner Festwochen, Festival d'Automne a Paris, L'Europe acousmatique at the Centre Georges Pompidou in Paris, Phonurgia Nova in Arles and many others. In 2006, Rudnik was a central figure in Warsaw edition of Audio Art Festival. His composition Homo Ludens was presented in 1985 at Documenta VII in Kassel. Many of Rudnik's tracks were nominated for awards, including Prix Italia and Karl Szczuka Preis. In 2007, the National Library in Paris included 30 works Rudnik in its collection.

He taught at the Music Academy in Warsaw and the Melchior Wańkowicz Warsaw School of Journalism. 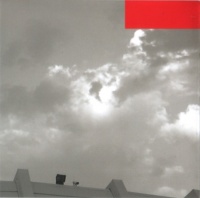