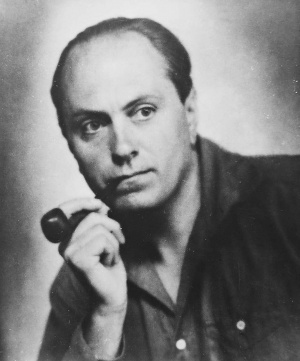 János Mattis-Teutsch or Hans Máttis-Teutsch, Mátis-Teutsch was a Hungarian and Romanian painter, sculptor, graphic artist, art critic, and poet. Born 1884 in Breslau. Attended the carpentry school in Kronstadt, and the art school in Budapest 1901-02. Studied sculpture at the Bayerische Akademie der bildenden Kunste in Munich, 1902-05. Became a teacher at the Industrial Gymnasium in Kronstadt in 1908. Between 1908 and 1915 he gradually shifted from naturalistic painting with religious and ethical themes to an abstract form of representation. In 1913, he exhibited in the Sturm show in Budapest, and had his first MA exhibition in 1917. Some of his pictures were printed in MA. In 1917, MA published an album of prints featuring twelve of his linocuts. His second show, in 1918, also took place in the MA building in Budapest. He had shows in Berlin and Vienna in 1921. After World War I, he returned to his hometown, in 1918 he joined Der Sturm. Began working with sculpture in 1920. Took part in the 1921 Der Sturm exhibition. Shows in Paris, Chicago, Rome, and Berlin. Visited the Bauhaus in 1925. Editor of the Paris section of Integral magazine. His collected theoretical writings were published in 1931. From 1944 to 1949, taught at the Kronstadt Section of the Romanian Society of Visual Artists, where he was also director from 1957-59. Died in 1960 in Brasov.