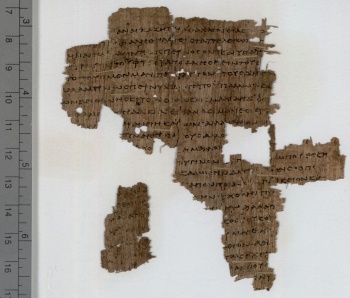 [..] Thrasymachus, don’t you realize that in other kinds of rule no one wants to rule for its own sake, but they ask for pay, thinking that their ruling will benefit not themselves but their subjects? [346] Tell me, doesn’t every craft differ from every other in having a different function? Please don’t answer contrary to what you believe, so that we can come to some definite conclusion.
Yes, that’s what differentiates them.
And each craft benefits us in its own peculiar way, different from the others. For example, medicine gives us health, navigation gives us safety while sailing, and so on with the others?
Certainly.
And wage-earning gives us wages, for this is its function? Or would [b] you call medicine the same as navigation? Indeed, if you want to define matters precisely, as you proposed, even if someone who is a ship’s captain becomes healthy because sailing is advantageous to his health, you wouldn’t for that reason call his craft medicine?
Certainly not.
Nor would you call wage-earning medicine, even if someone becomes healthy while earning wages?
Certainly not.
Nor would you call medicine wage-earning, even if someone earns pay while healing?
[c] No.
We are agreed, then, that each craft brings its own peculiar benefit?
It does.
Then whatever benefit all craftsmen receive in common must clearly result from their joint practice of some additional craft that benefits each of them?
So it seems.
And we say that the additional craft in question, which benefits the craftsmen by earning them wages, is the craft of wage-earning?
He reluctantly agreed.
Then this benefit, receiving wages, doesn’t result from their own craft, [d] but rather, if we’re to examine this precisely, medicine provides health, and wage-earning provides wages; house-building provides a house, and wage-earning, which accompanies it, provides a wage; and so on with the other crafts. Each of them does its own work and benefits the thing it is set over. So, if wages aren’t added, is there any benefit that the craftsman gets from his craft?
Apparently none.
[e] But he still provides a benefit when he works for nothing?
Yes, I think he does.
Then, it is clear now, Thrasymachus, that no craft or rule provides for its own advantage, but, as we’ve been saying for some time, it provides and orders for its subject and aims at its advantage, that of the weaker, not of the stronger. That’s why I said just now, Thrasymachus, that no one willingly chooses to rule and to take other people’s troubles in hand [347] and straighten them out, but each asks for wages; for anyone who intends to practice his craft well never does or orders what is best for himself—at least not when he orders as his craft prescribes—but what is best for his subject. It is because of this, it seems, that wages must be provided to a person if he’s to be willing to rule, whether in the form of money or honor or a penalty if he refuses. [..] (1997:989-990)

[..] [b] At any rate, no one will dispute it when we say that there is no other inquiry that systematically attempts to grasp with respect to each thing itself what the being of it is, for all the other crafts are concerned with human opinions and desires, with growing or construction, or with the care of growing or constructed things. And as for the rest, I mean geometry and the subjects that follow it, we described them as to some extent grasping what is, for we saw that, while they do dream about what is, they are unable to command a waking view of it as long as they make use of [c] hypotheses that they leave untouched and that they cannot give any account of. What mechanism could possibly turn any agreement into knowledge when it begins with something unknown and puts together the conclusion and the steps in between from what is unknown?
None. (1997:1148-1149) 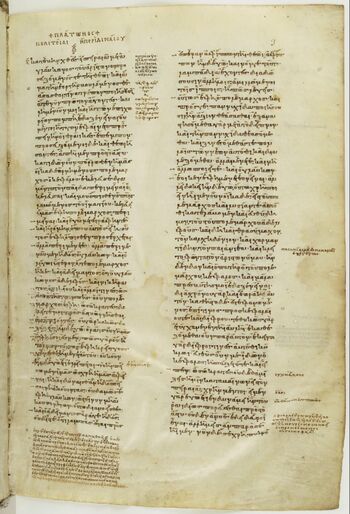 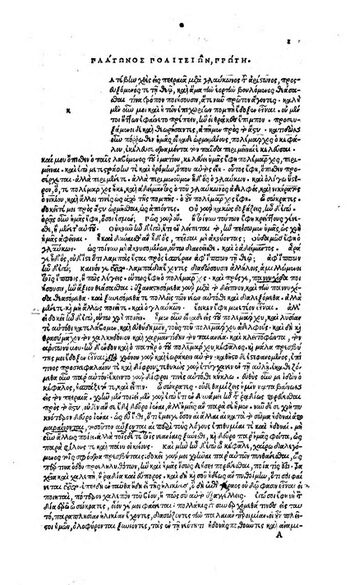 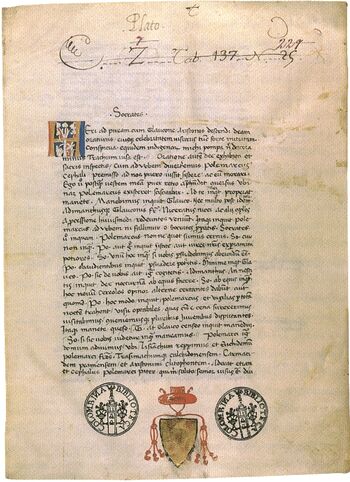