Born in 1911 in Răşinari, a small village in the Carpathian Mountains of Romania, raised under the rule of a father who was a Romanian Orthodox priest and a mother who was prone to depression, Emil Cioran wrote his first five books in Romanian. Some of these are collections of brief essays (one or two pages, on average); others are collections of aphorisms. Suffering from insomnia since his adolescent years in Sibiu, the young Cioran studied philosophy in the "little Paris" of Bucharest. A prolific publicist, he became a well-known figure, along with Mircea Eliade, Constantin Noica, and his future close friend Eugène Ionesco (with whom he shared the Royal Foundation’s Young Writers Prize in 1934 for his first book, On the Heights of Despair). After spending two years in Germany, Cioran arrived in Paris in 1936. He continued to write in Romanian until the early 1940s (he wrote his last article in Romanian in 1943, which is also the year in which he began writing in French). The break with Romanian became definitive in 1946, when, in the course of translating Mallarmé, he suddenly decided to give up his native tongue since no one spoke it in Paris. He then began writing in French a book that, thanks to numerous intensive revisions, would eventually become the impressive A Short History of Decay (1949) - the first of a series of ten books in which Cioran would continue to explore his perennial obsessions, with a growing detachment that allies him equally with the Greek sophists, the French moralists, and the oriental sages. He wrote existential vituperations and other destructive reflections in a classical French style that he felt was diametrically opposed to the looseness of his native Romanian; he described it as being like a "straight-jacket" that required him to control his temperamental excesses and his lyrical flights. The books in which he expressed his radical disillusionment appeared, with decreasing frequency, over a period of more than three decades, during which time he shared his solitude with his companion Simone Boué in a miniscule garret in the center of Paris, where he lived as a spectator more and more turned in on himself and maintaining an ever greater distance from a world that he rejected as much on the historical level (History and Utopia, 1960) as on the ontological (The Fall into Time, 1964), raising his misanthropy to heights of subtlety (The Trouble with being Born, 1973), while also allowing to appear from time to time a humanism composed of irony, bitterness, and preciosity (Exercices d’admiration, 1986, and the posthumously published Notebooks). Denied the right to return to Romania during the years of the communist regime, and attracting international attention only late in his career, Cioran died in Paris in 1995. (Source)

(in Romanian and French unless noted otherwise) 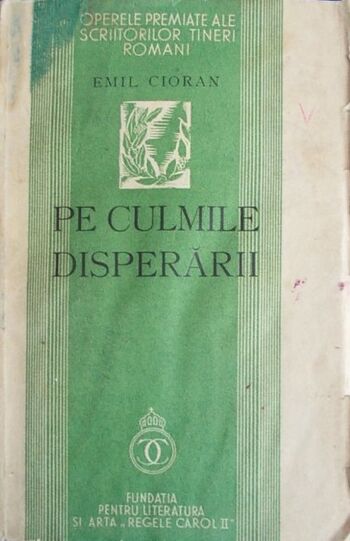 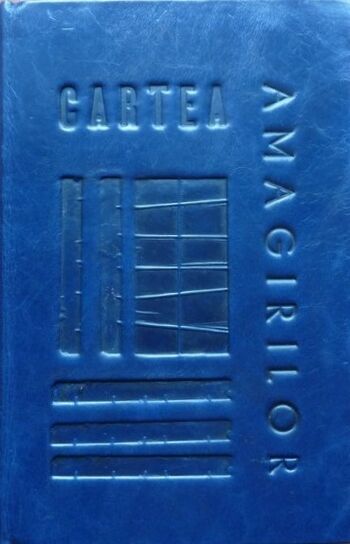