Born 1932 in Belgrade. Artist active in the fields of music, visual art and literature since 1947. He graduated in composition at the Belgrade Music Academy in a class of Prof. Milenko Živković. In 1958 he participated in establishing the Mediala art group, leaving it the following year. He initiated the foundation of the Radio Belgrade Electronic Studio in 1972, and was its head from 1972 to 1999 which hosted composers such as Aleksandar Obradović, Srđan Hofman, Zoran Erić, and Ivo Malec. In 1993 he initiated the SINTUM Open Group Project.

His creative domain is music as well as painting, literature, new media and polymedia synthesis. Coinciding with avant-garde streams, yet independently from them he researched in the field of the vocovisual, projectism (1954), tactile art (1956), polymedia and body action (1957), tape music (1960), electronic music (1966), computer music (1976), and computer graphics (1988). The central position in his creative poetics is reserved for the ART SYNTHESIS. He has authored over 250 theoretical texts on music and new tendencies in the arts. 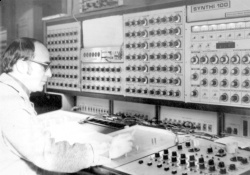 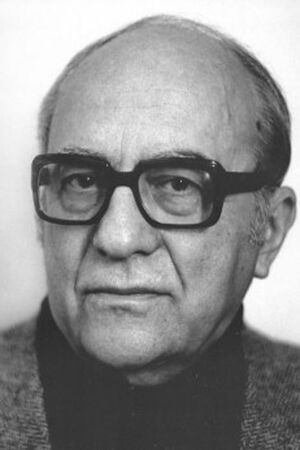 He has worked in experimental music studios in Warsaw (1966), Paris (1969), Utrecht (1976) and Budapest (1987). He is the author of the first Yugoslav computer-realized piece, Kompjutorija [Computoria], 1976 (8'13"), realized at the Institute of Sonology in Utrecht, with ASP program, and performed on 17 October 1977 in Utrecht. Radovanović’s compositions were selected to represent Yugoslavia at three SIMC festivals (1969, 1976, 1988). He has had 24 individual exhibitions and performances at home and abroad.

He has been the recipient of ten domestic and international awards for music (among them three first prizes at Yugoslav Radio Music Competition, October Award of the City of Belgrade 1971, Second Prize for electroacoustic music in Bourges 1979, Gianfranco Zafrani Award at Prix Italia 1984, First Prize at the International Review of Composers, Belgrade 1998), three awards for literature (one of them the award of the prestigious publisher Nolit in 1968) and six for visual arts (among them the First Prize of the Ministry of Culture for the best multimedia exhibition in 1992, the First Prize for video in Sao Paolo 1997, the First Prize of the City of Belgrade for visual arts in 2007, and the „Ivan Tabaković“ award for 2006/2008).