The Greek Pattern Poems are six texts transmitted by the Greek Anthology (AP XV 21, 22, 24, 25, 26, 27) and the Corpus Bucolicorum, ascribed to Simias of Rhodes [Σιμμίας Θηβανός] ("Wings", "Axe" and "Egg"), Theocritus [Θεόκριτος ὁ Συρακούσιος] ("Syrinx"/"The Shepherd's Pipe"/"Σύριγγα"), Dosiadas [Δωσιάδης ῾Ρόδιος] ("'Doric' Altar"/"The First Altar"/"Βωμό"), and Besantinus [Βησαντίνος] ("'Ionian' Altar"/"The Second Altar"/"Βωμό"). They are composed in the "bucolic" tradition with verses forming and being formed by a specific shape (such as a pipe, egg, axe, wings, altar) and with complimentary theme. The earliest of them were written by Simias in c325 BCE.

By the 17th century they were established as τεχνοπαίγνια [technopaegnia] (among others by Johann Heinrich Ansted in his Encyclopaedia septem tomis distincta, 1630), δείγμα, or camina figurata, later to become classics in surveys of pattern, concrete and visual poetry.


Fragment from a 1905 shot by the Manaki brothers.

Marinetti's Futurist manifesto was published in Greek within two weeks after it appeared in Le Figaro. First printed in dailies and magazines in the major cultural centres of the diaspora (Constantinople, Alexandria, Smyrna) and then in Athens. Russian Futurism found its way to Greece only indirectly through the translations of revolutionary Turkish poet Nâzım Hikmet, a student of Mayakovsky. Among the few manifestations of futurism [Φουτουρισμός] in literature are the poems by Demetrios Karachalios, Spyros Mousouris and Nicolas Calas, all published under pseudonyms. Although acclaimed, among others, by poet of the older generation, Kostes Palamas, futurist ideas had only a small, if any impact outside the literary circles in the 1910s, and as such were mostly ridiculed in press as well as in variety shows. By the 1930s, especially after Marinetti's visit in January 1933 in Athens where he delivered four lectures, it was widely denounced for its growing affiliation to fascism. 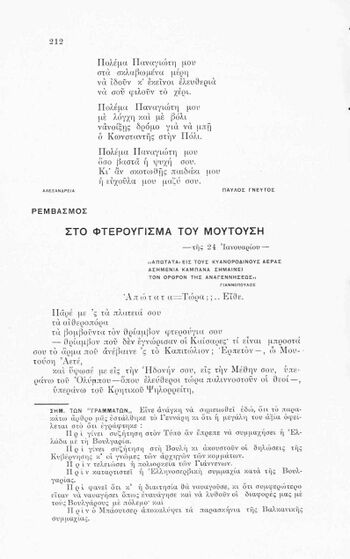 Transmission of Italian futurism into Greek[edit]

(in Greek unless noted otherwise) 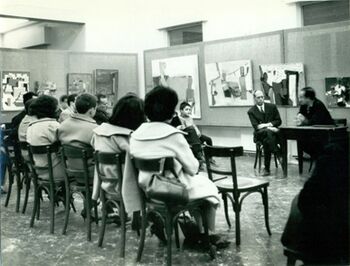 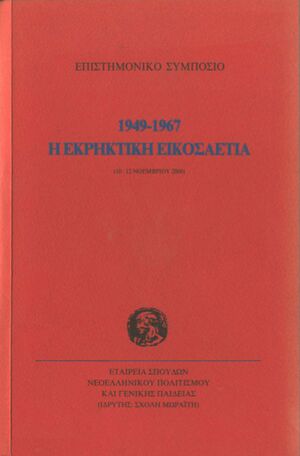 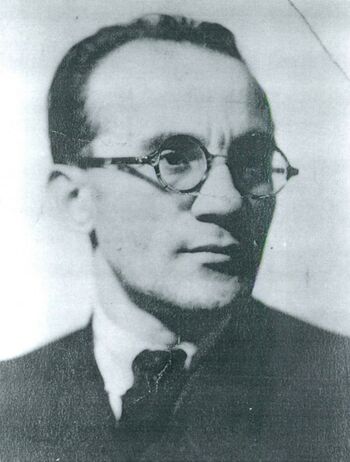 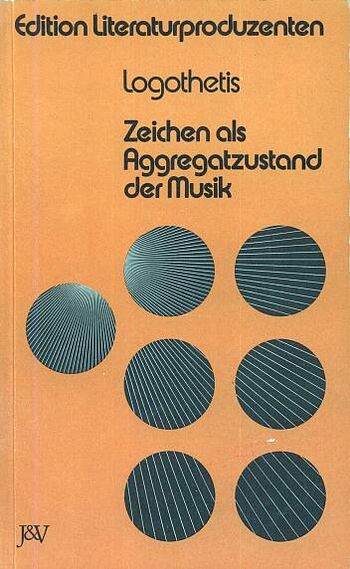 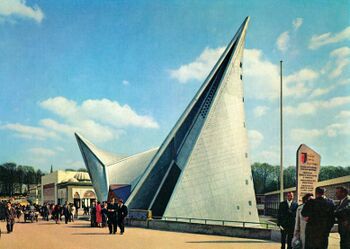 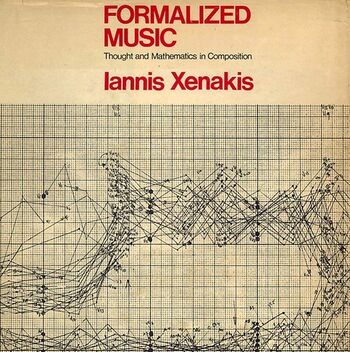