A talk given at the Shadow Libraries symposium held at the National Museum of Contemporary Art (EMST) in Athens, 17 March 2018. Moderated by Kenneth Goldsmith (UbuWeb) and bringing together Dušan Barok (Monoskop), Marcell Mars (Public Library), Peter Sunde (The Pirate Bay), Vicki Bennett (People Like Us), Cornelia Sollfrank (Giving What You Don't Have), and Prodromos Tsiavos, the event was part of the Shadow Libraries: UbuWeb in Athens programme organised by Ilan Manouach, Kenneth Goldsmith and the Onassis Foundation. 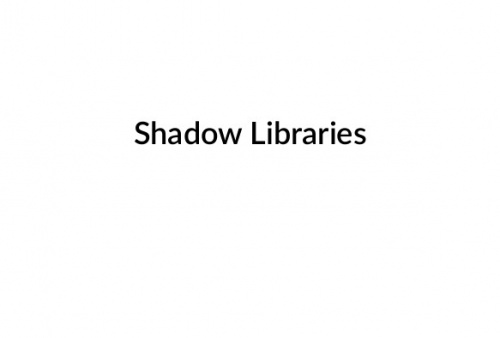 This is the first time that I was asked to talk about Monoskop as a shadow library.

What are shadow libraries?
Lawrence Liang wrote a think piece for e-flux a couple of years ago,
in response to the closure of Library.nu, a digital library that had operated from 2004, first as Ebooksclub, later as Gigapedia.
He wrote that: 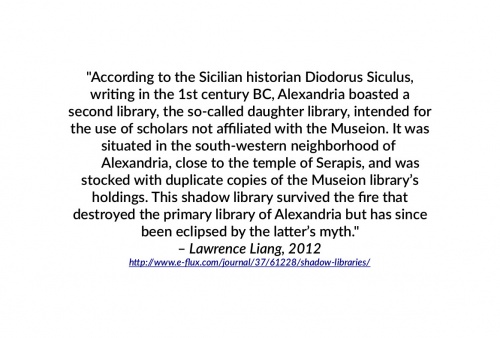 In the essay, he moves between identifying Library.nu as digital Alexandria and as its shadow.
In this account, even large libraries exist in the shadows cast by their monumental precedessors.
There’s a lineage, there’s a tradition.

Almost everyone and every institution has a library, small or large.
They’re not necessarily Alexandrias, but they strive to stay relevant.
Take the University of Amsterdam where I now work.
University libraries are large, but they’re hardly large enough.
The publishing market is so huge that you simply can’t keep up with all the niche little disciplines.
So either you have to wait days or weeks for a missing book to be ordered somewhere.
Or you have some EBSCO ebooks.
And most of the time if you’re searching for a book title in the catalogue,
all you get are its reviews in various journals the library subscribes to.

So my colleagues keep asking me.
Dušan, where do I find this or that book?
You need to scan through dozens of texts, check one page in that book, table of contents of another book, read what that paper is about. 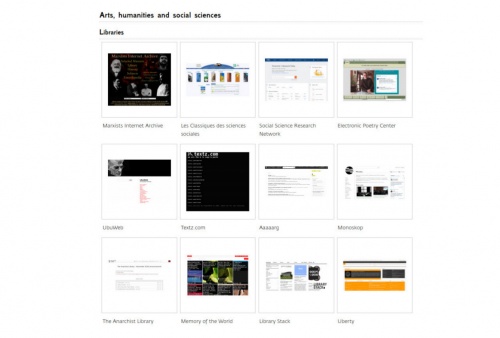 So what do digital libraries do? 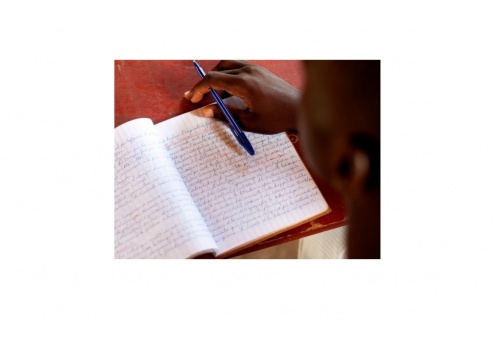 You write a manuscript, have it published, 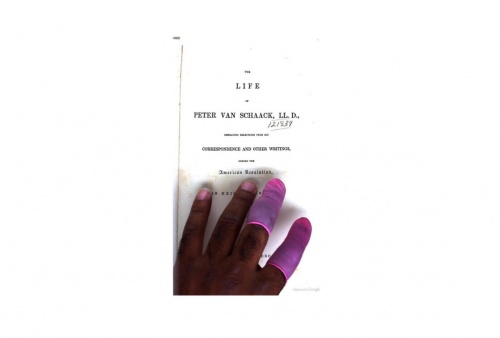 and someone scans it later. 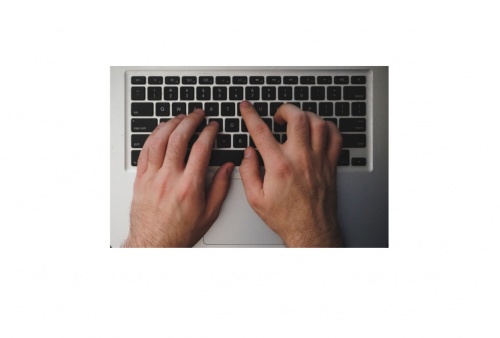 Or scrapes it from somewhere, since most books today are born digital and live their digital lives.
...
Digital libraries need to be creative.
They don’t just preserve and circulate books. 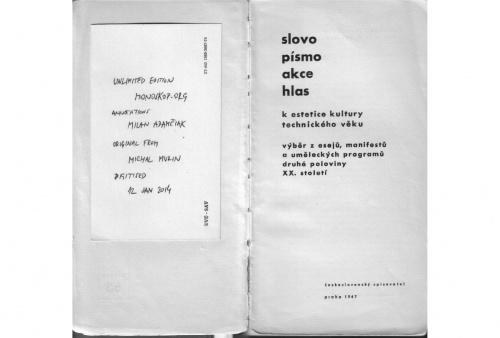 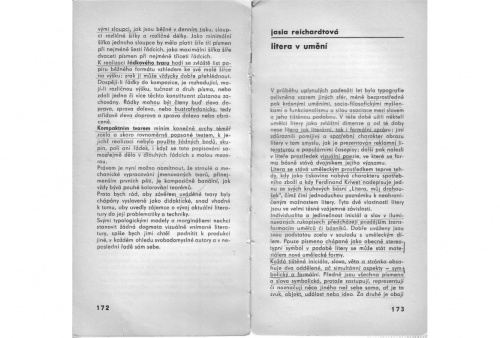 This one comes with something extra. Isn’t this beautiful? You can read along someone else.
In this case we know these annotations come from the Slovak avant-garde visual poet and composer Milan Adamčiak. 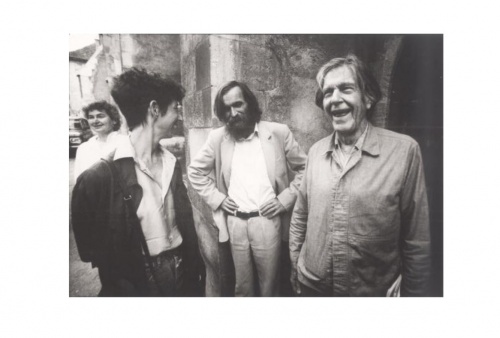 ...standing in the middle.
A couple of pages later... 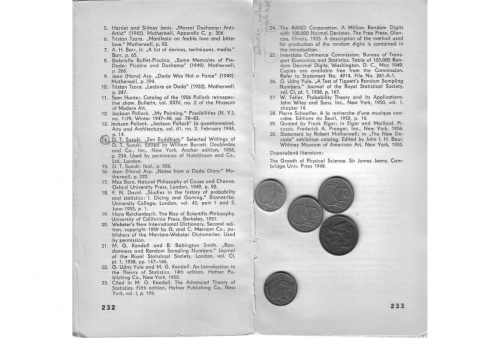 ...you can clearly see how he found out about a book containing one million random digits [see note 24 on the image]. The strangest book. 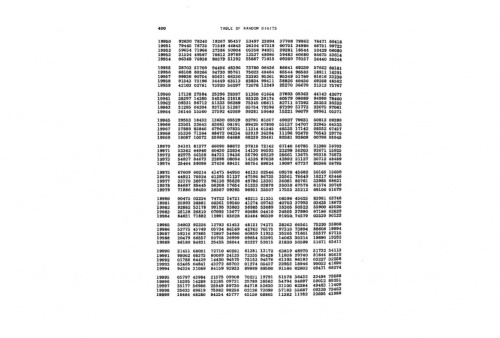 He was still alive when we put it up on Monoskop, and could experience it.
...
Digital libraries may seem like virtual, grey places, nonplaces.
But these little chance encounters happen all the time there.
There are touches. There are traces. There are many hands involved, visible hands.
They join writers’ hands and help creating new, unlimited editions. 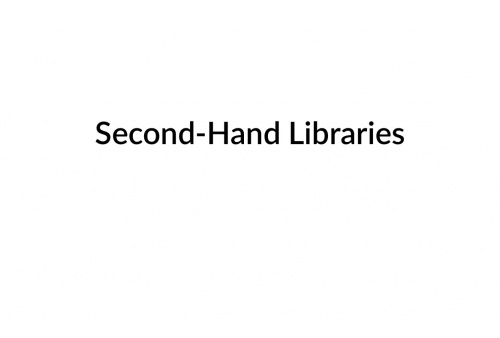 They may be off Google, but for many, especially younger generation these are the places to go to learn, to share.
Rather than in a shadow, they are out in the open, in plain sight. 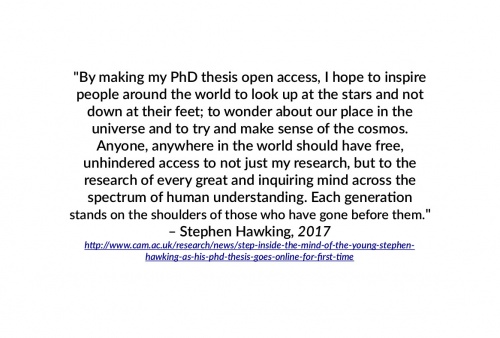 This made rounds last year.
As scholars, as authors, we have reasons to have our works freely accessible by everyone.
We do it for feedback, for invites to lecture, for citations.
Sounds great.
So when after long two, three, four, five years I have my manuscript ready, where will I go?
Will I go to an established publisher or an open access press?
Will I send it to MIT Press or Open Humanities Press?
Traditional publishers have better distribution, and they often have a strong brand.
It’s often about career moves and bios, plans A’s and plan B’s.
There are no easy answers, but one can always be a little inventive.
In the end, one should not feel guilty for publishing with MIT Press.
But at the same time, one should neither feel guilty for scanning and sharing such a book with others.
...
You know, there’s fighting, there are court cases.
Aaaaarg, a digital library run by our dear friend Sean Dockray, is facing a Canadian publisher.
Open Library is now facing the Authors Guild for lending scanned books deaccessioned from libraries.
They need our help, our support. 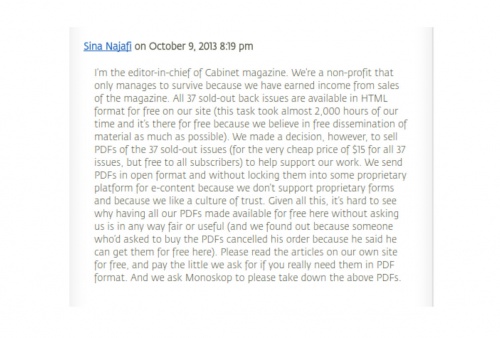 But collisions of interests can be productive.
This is what our beloved Cabinet magazine did when they found their PDFs online.
They converted all their articles into HTML and put them online.
The most beautiful takedown request we have ever received. 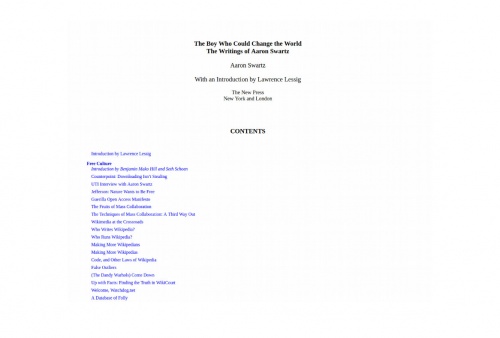 So what is at stake? What are these digital books?
They are poor versions of print books.
They come with no binding, no paper, no weight.
They come as PDFs, EPUBs, JPEGs in online readers, they come as HTML.
By the way, HTML is great, you can search it, copy, save it, it’s lightweight, it’s supported by all browsers, footnotes too, you can adapt its layout easily.
That’s completely fine for a researcher.
As a researcher, you just need source code:
you need plain text, page numbers, images, working footnotes, relevant data and code.
Data and code as well:
this is where online companions to print books come in,
you want to publish your research material,
your interviews, spreadsheets, software you made.
...
Here we distinguish between researchers and readers.
As readers we will always build our beautiful libraries at home, and elsewhere,
filled with books and... and external harddrives.
...
There may be no contradiction between the existence of a print book in stores and the existence of its free digital version. 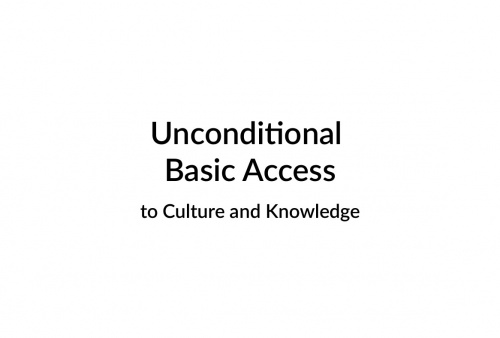