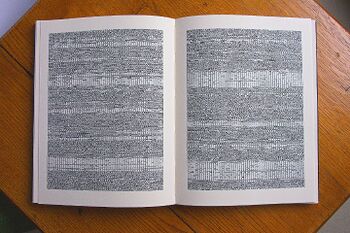 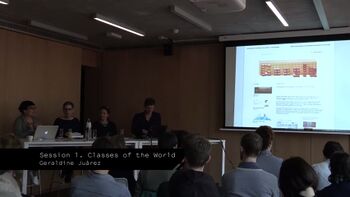 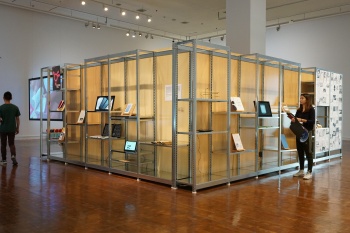 Dušan Barok is an artist, researcher and organiser. His work deals with digital culture, memory studies and activism. He is founding editor of Monoskop, a research platform for the arts and humanities.

Dušan Barok is best known for Monoskop, a platform for avant-garde media studies, which he initiated in 2004 as part of the Burundi collective. Since 2009, he also runs its associated digital library Monoskop Log, created together with Tomáš Kovács. He convened a series of seminars on media aesthetics entitled The Extensions of Many (2015), prepared in collaboration with Bergen Center for Electronic Arts and hosted by the Hordaland Kunstsenter in Bergen, Norway. This series was followed by the symposium Ideographies of Knowledge (2015) prepared with Barbora Šedivá in the Paul Otlet Archive at the Mundaneum, Mons, Belgium. In 2018, he was commissioned to make a new work by the Seoul Mediacity Biennale. The Exhibition Library, created with a large group of Monoskop collaborators, contains thirty catalogues of imaginary exhibitions, and its premiere edition went on display in the Seoul Museum of Art as part of the biennale exhibition. Together with Ivana Rumanová, he realised the exhibition programme We Have Never Been Closer (2021-2022) at tranzit.sk in Bratislava, Slovakia, which reassessed the transformation period of the 1990s in Central Europe.

Born in Bratislava, Czechoslovakia, Dušan Barok graduated in information technologies from the University of Economics, Bratislava (DI, 1997-2002) and Networked Media from the Piet Zwart Institute, Rotterdam (MDes, 2010-2012). He worked as a research fellow at the Media Studies Department and the Amsterdam School for Heritage, Memory and Material Culture (AHM) at the University of Amsterdam in a project exploring new approaches to the preservation of contemporary art, NACCA (2016-2019).

In 1999 began to be active in independent culture in Slovakia and Czechia, working as an editor, organiser, activist, artist and designer. He was founding editor of the online cultural magazine Koridor (1999-2002). With Slávo Krekovič, Zuzana Duchová, Magdaléna Kobzová, Ivana Rumanová, Barbora Šedivá, he has been part of the editorial board of the 3/4 magazine. As part of a diverse group of art and cultural workers including Mária Čorejová, Michal Čudrnák, Ana Filip, Peter Gonda and Mária Rišková, he co-founded the Burundi media lab, where he organised the Translab programme series (2004-2005). Since 1999, he built and designed more than eighty websites and open access platforms for various collectives and nonprofits. He also developed an open source software for online collaboration, backstage. Together with Magdaléna Kobzová and 13 kubikov, Barok organised the two-week long workshop-based event Letné dielne / Open Summer Academy, which brought together practitioners from across the arts and technology (Bratislava, two editions, 2006, 2007). From 2004 he was involved in the organisation of the Multiplace network culture festival, from 2007 to 2009 as its coordinator. Together with Peter Gonda, he continues to maintain its affiliated server, Sanchez, which provides hosting to emerging artists and cultural nonprofits. In 2015 and 2016, he was a member of the jury of the Oskar Čepan Award for emerging artists in Slovakia. In 2020, he initiated and coordinates a project aimed at improving the care of time-based media art in public collections in Central Europe, New Media Museums.

With the Monoskop platform, he is involved in the artist-run and shadow libraries movement, which also includes Kenneth Goldsmith (UbuWeb), Marcell Mars, Tomislav Medak and Dubravka Sekulić (Memory of the World), Sean Dockray (Aaaaarg), Cornelia Sollfrank (Giving What You Don't Have), Femke Snelting (Interfacing the Law) and others. He is a signatory of an open letter of solidarity with the digital libraries Library Genesis and Sci-Hub facing a lawsuit against the publishing giant Elsevier, which was translated into 15 languages. 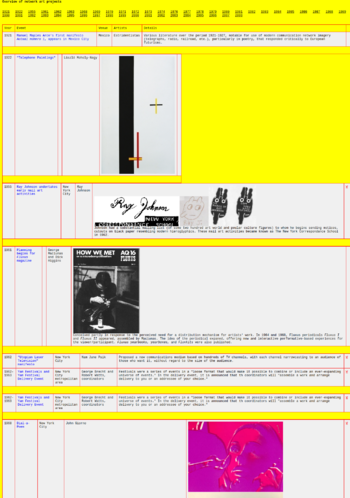