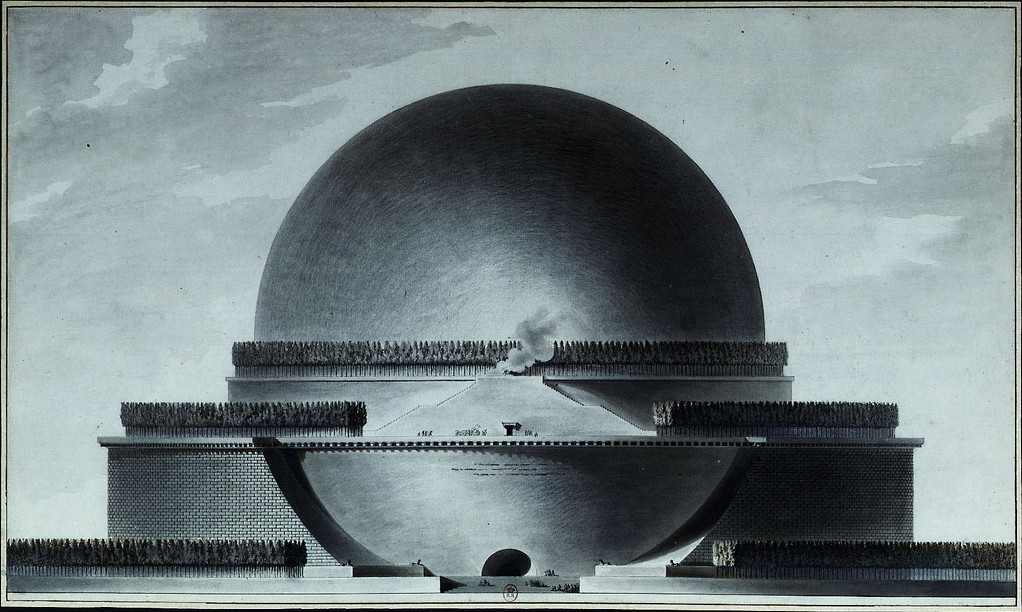 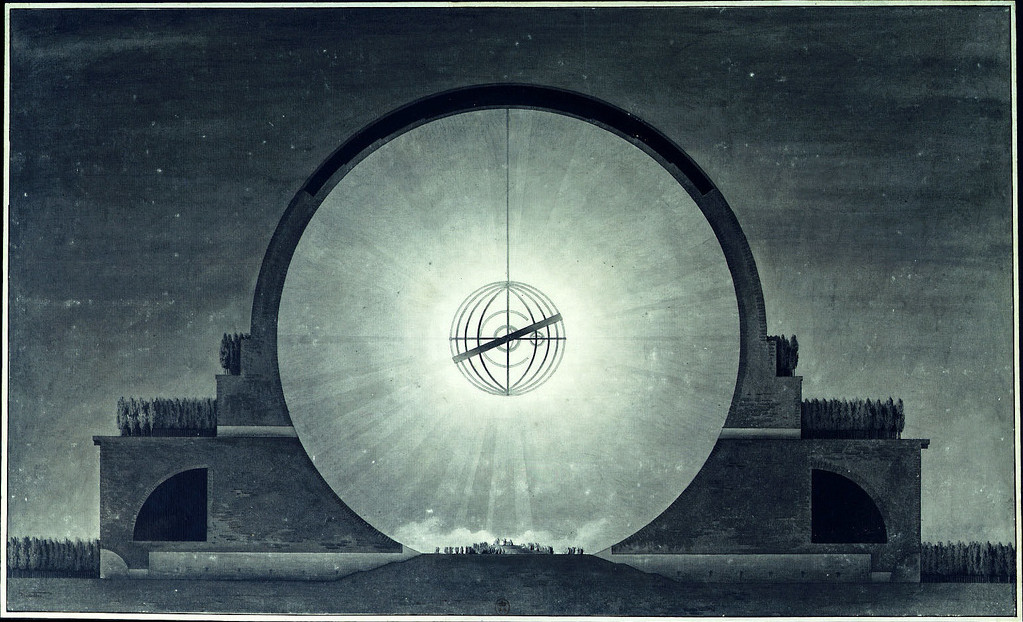 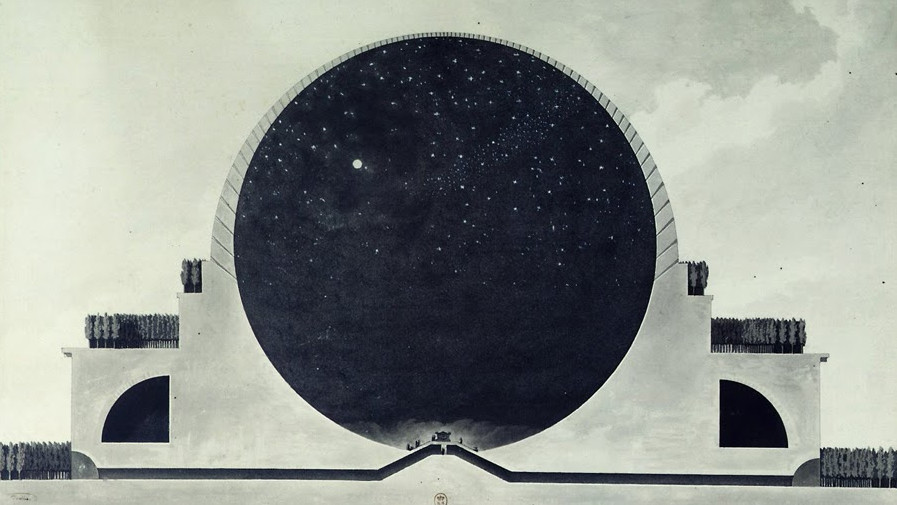 “Étienne-Louis Boullée (1728-1799), Claude-Nicolas Ledoux (1736-1806), and Jean-Jacques Lequeu (1772-1837) were each architects and thinkers whose ideas reflected some of the most radical strains of liberal bourgeois philosophy, with its cult of reason and devotion to the triplicate ideals of liberté, égalité, and fraternité. The structures they imagined and city plans they proposed were undeniably some of the most ambitious and revolutionary of their time. At their most fantastic, the buildings they envisioned were absolutely unbuildable — either according to the technical standards of their day or arguably even of our own.” (Ross Wolfe)