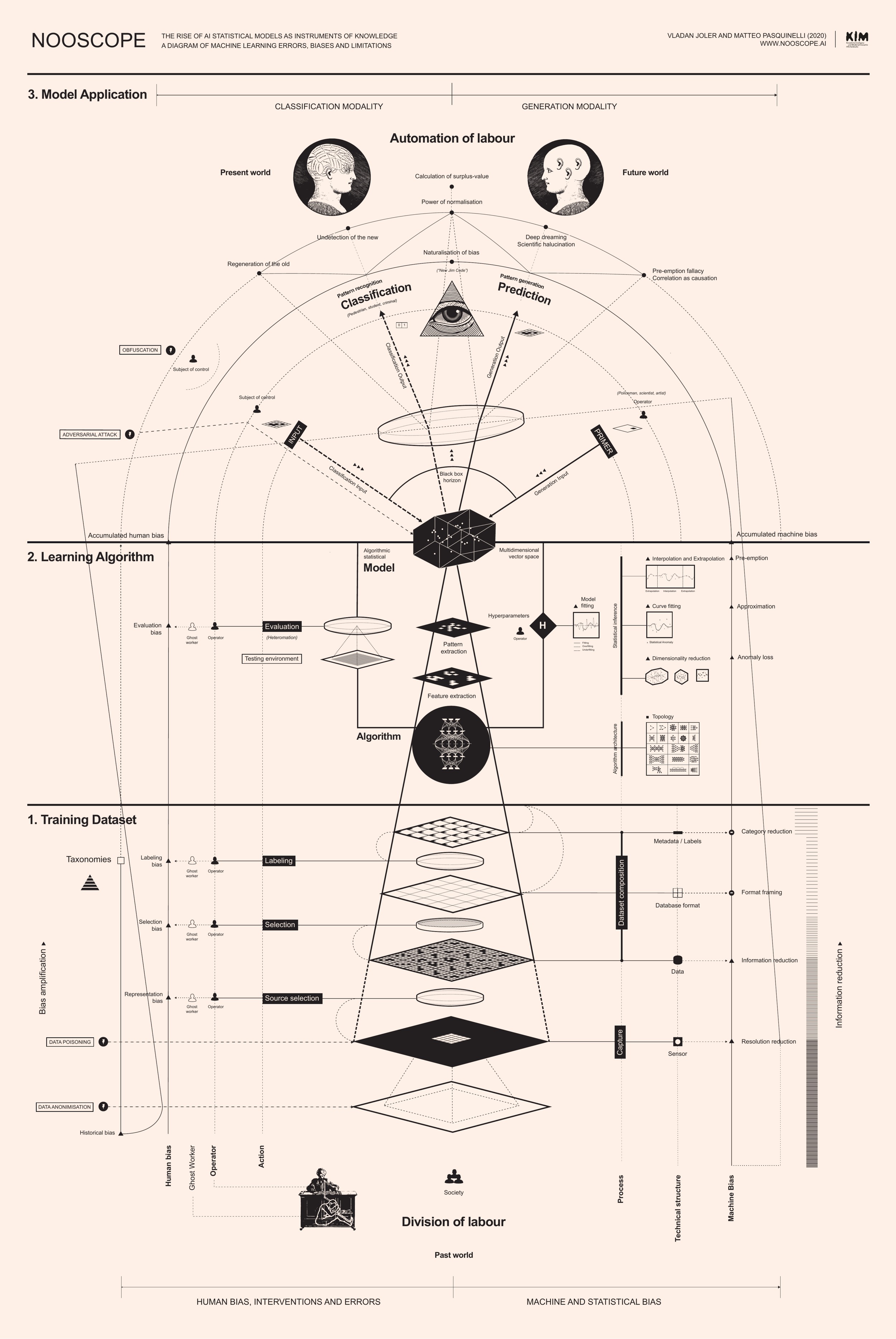 “The Nooscope is a cartography of the limits of artificial intelligence, intended as a provocation to both computer science and the humanities. Any map is a partial perspective, a way to provoke debate. Similarly, this map is a manifesto — of AI dissidents.”

“The Nooscope is a visual manifesto of AI as instrument of knowledge extractivism. The Nooscope is also an experiment in academic publication and critical tools for AI studies. The large diagram and the essay can be browsed online or downloaded in PDF format and printed on a large scale.”

“Combining poetry with protest actions and music, Kirill Medvedev is one of the leading exemplars of the new ‘civic poetry’ that emerged in Russia during the 2000s, and whose longer lineage, from the creative ferment of the 1920s to the hyper-individualism of the 1990s, he discusses in this essay.” (from the introduction to English translation)

More on Medvedev and Arsenev. 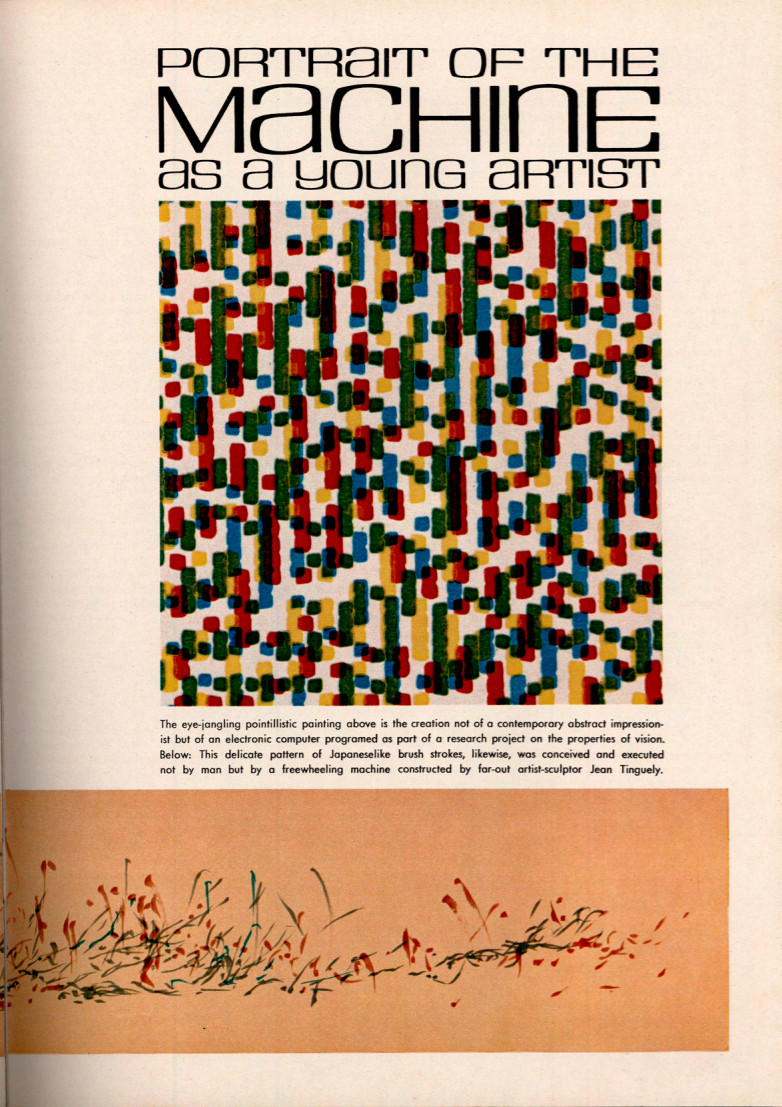 “Mechanistic muses are expanding their domain to encompass every facet of creative activity.”

In this article published in the June 1965 issue of Playboy, Bell Labs engineer, communications satellite pioneer and science fiction writer John R. Pierce introduces the work done in computer music, literature, film, and visual art, and issues an invitation to artists to explore and “school” the computer to yield new paths.