Valerie Olson, Lisa Messeri: Beyond the Anthropocene: Un-Earthing an Epoch (2015)

“As “the Anthropocene” emerges as a geological term and environmental analytic, this paper examines its emerging rhetorical topology. We show that Anthropocene narratives evince a macroscale division between an “inner” and “outer” environment. Th is division situates an Anthropocenic environment that matters in the surface zone between Earth’s subsurface and the extraterrestrial “outer spaces” that we address here. We review literature in the sciences and social sciences to show how contemporary environmental thinking has been informed by understandings of Earth’s broader planet-scaled environmental relations. Yet, today’s Anthropocene conversation draws analytic attention inward and downward. Bringing in literature from scholars who examine the role of the extraterrestrial and outer environmental perspectives in terrestrial worlds, we suggest that Anthropocenic theorizations can productively incorporate inclusive ways of thinking about environments that matter. We argue for keeping “Anthropocene” connected to its spatial absences and physical others, including those that are non-anthropos in the extreme.” (Abstract)

“Ernst Cassirer’s outline of a philosophy of technology in the essay ‘Form und Technik’ (1930) was written against the background of the crisis of modernity in the Weimar Republic. It may be read, along with Heidegger’s ‘The Question Concerning Technology’, as a continuation of their debate in Davos in 1929. However, Cassirer’s unnamed antagonist here is Oswald Spengler, in whom Cassirer saw a leading representative of the widespread irrational and fatalistic interpretations of modernity that threatened the future of the Weimar Republic. Cassirer’s reading of the disclosive, liberating possibilities of technology points to an affinity between modern technology and art as opposed to the affinity between ancient technology and art that Heidegger discerns in the original conception of techne.” (David Roberts, 2012). 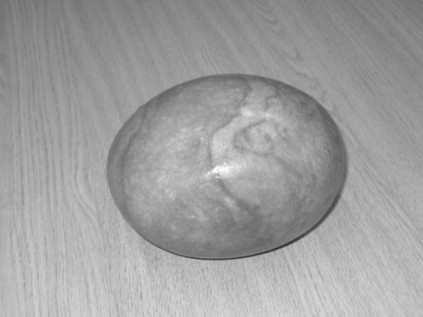 “This article seeks to reverse the emphasis, in current studies of material culture, on the materiality of objects as against the properties of materials. Drawing on James Gibson’s tripartite division of the inhabited environment into medium, substances and surfaces, it is argued that the forms of things are not imposed from without upon an inert substrate of matter, but are continually generated and dissolved within the fluxes of materials across the interface between substances and the medium that surrounds them. Thus things are active not because they are imbued with agency but because of ways in which they are caught up in these currents of the lifeworld. The properties of materials, then, are not fixed attributes of matter but are processual and relational. To describe these properties means telling their stories.”