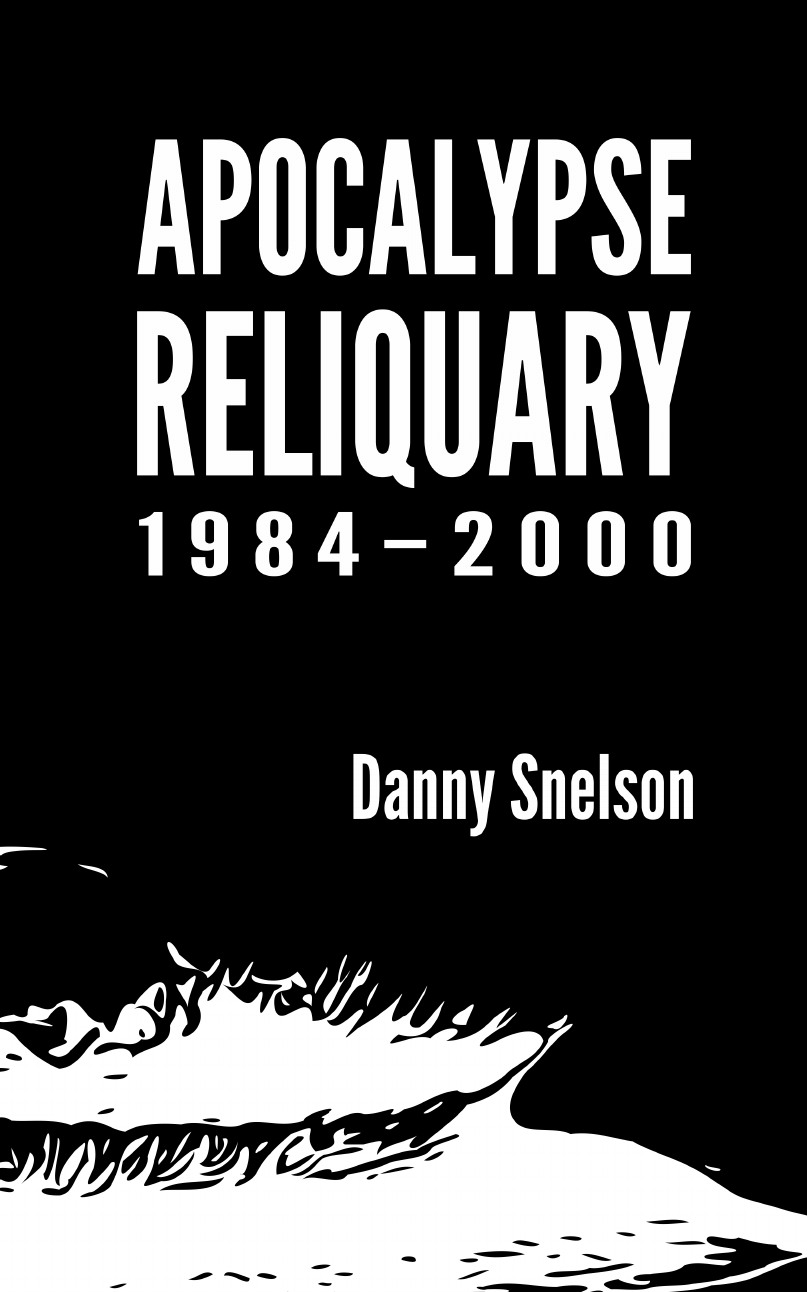 “Inhabiting an Earth continuously subjected to catastrophic events, Apocalypse Reliquary presents a survey of artifacts left behind by every recorded global cataclysm from 1984 to the present. Objects on display range from the circuit boards of Y2K to ejecta from the collision with Halley’s Comet. The exhibition includes spaceships from the Pleiades photon belt, the radioactive remains of countless nuclear armageddons, relics from the Zeta Reticuli star system, and a wide array of artifacts delivered by dozens of religious raptures.

Each entry in the Apocalypse Reliquary is inscribed within the ongoing disaster of the present. Organized chronologically, the catalogue begins in 1984, immediately following the collapse of the planet under the strain of the population bomb. The reliquary will continue to annotate the ruins of global annihilation until a final apocalyptic event renders all recording impossible.”

The book was produced on the occasion of Exhibition Library and first presented at an exhibition at the Seoul Museum of Art.

See also follow-up to the project: Full Bleed: A Mourning Letter for the Printed Page (2019).