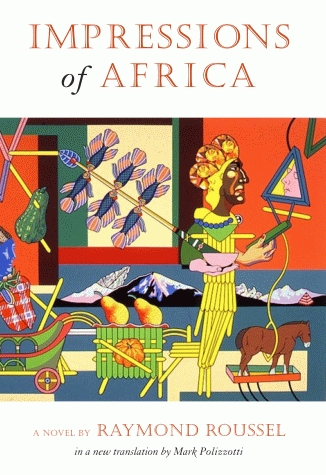 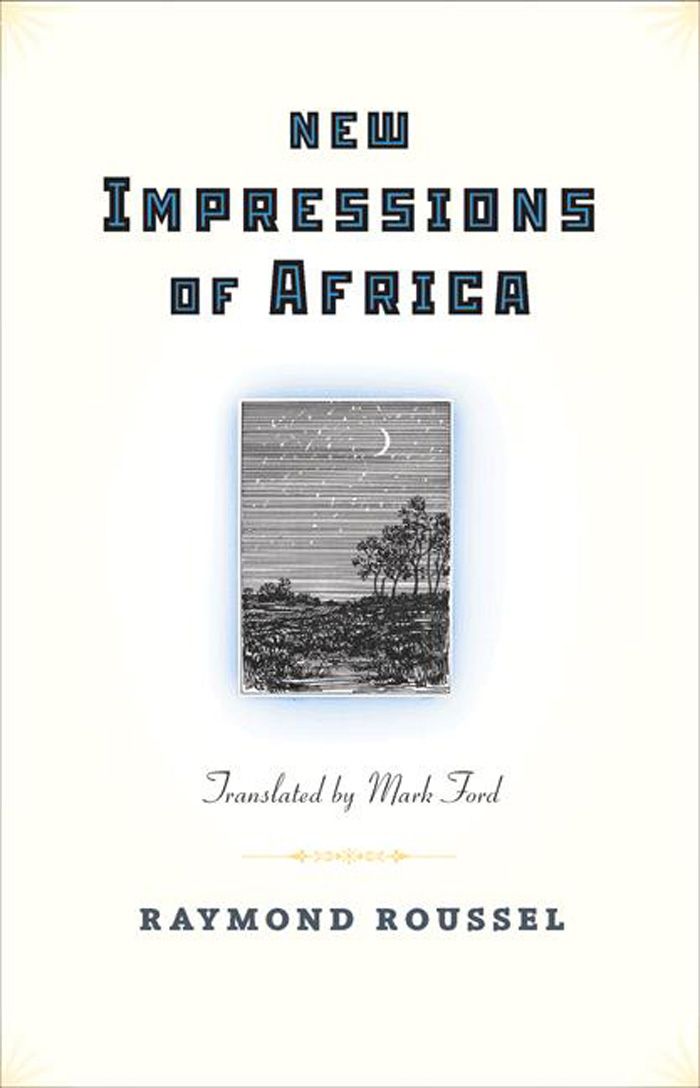 “The novelist, poet and playwright Raymond Roussel (1877-1933) was one of the most original and imaginative authors of the twentieth century, yet he unjustly remains an obscure figure in the pantheon of French literature. During his lifetime he had to pay exorbitantly to have his works published and produced on the stage, and the glory and mainstream popularity that he believed he deserved have continued to elude him after death. But his influence on generations of avant-garde writers and artists has been his lasting legacy. The Surrealists championed his work against hostile and uncomprehending critics, and Marcel Duchamp and Salvador Dalí both testified to his formative impact. At mid-century, Roussel’s influence crossed the Atlantic when the American poets Kenneth Koch and John Ashbery fell under his spell, while in France he was revered as a totemic forbearer by Alain Robbe-Grillet and his noveau roman movement, and by the Oulipo group of experimental novelists founded by Raymond Queneau.

The year 2011 saw the publication of new English translations of two key works should stimulate a revival of his singular oeuvre, Roussel’s first novel Impressions of Africa (1910) and his epic poem New Impressions of Africa (1932). The titles are somewhat deceptive: neither is a conventional traveler’s tale, while the second work bears no outward resemblance to the first and is not a sequel in any normal sense of the word. What they have in common is that they use conventional ideas of Africa as a starting point for audacious literary experiments. But far from being the arid fruit of some Modernist manifesto, they are also generous entertainments, intricate contraptions designed to produce a constant stream of astonishing images and stories.” (based on Joshua Lustig’s review)

Impressions of Africa is set in a mythical African land where some shipwrecked and uniquely talented passengers stage a grand gala to entertain themselves and their captor, the great chieftain Talou. In performance after bizarre performance—starring, among others, a zither-playing worm, a marksman who can peel an egg at fifty yards, a railway car that rolls on calves’ lungs, and fabulous machines that paint, weave, and compose music—Raymond Roussel demonstrates why it is that André Breton termed him “the greatest mesmerizer of modern times.” But even more remarkable than the mindbending events Roussel details—as well as their outlandish, touching, or tawdry backstories—is the principle behind the novel’s genesis, a complex system of puns and double-entendres that anticipated (and helped inspire) such movements as Surrealism and Oulipo. Newly translated and with an introduction by Mark Polizzotti, this edition of Impressions of Africa vividly restores the humor, linguistic legerdemain, and conceptual wonder of Raymond Roussel’s magnum opus.

In 1915, Roussel began writing New Impressions of Africa while serving in the French Army during the First World War and it took him seventeen years to complete. “It is hard to believe the immense amount of time composition of this kind of verse requires,” he later commented. Mysterious, unnerving, hilarious, haunting, both rigorously logical and dizzyingly sublime, it is truly one of the hidden masterpieces of twentieth-century modernism. The bilingual edition of the poem presents the original French text and the English poet Mark Ford’s lucid, idiomatic translation. It also includes an introduction outlining the poem’s peculiar structure and evolution, notes explaining its literary and historical references, and the fifty-nine illustrations anonymously commissioned by Roussel, via a detective agency, from Henri-A. Zo.