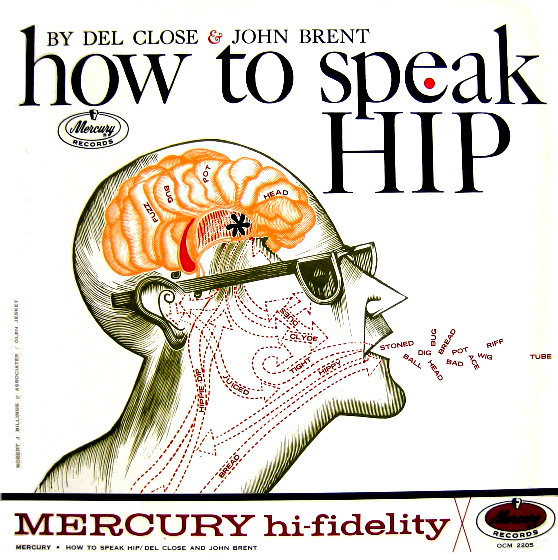 “This album captures the underground comedians at their early best and manages to both lampoon and accurately encapsulate the difference between hip and square society at the time. Unlike other mean-spirited comedy takes on the beatnik craze (Allan Sherman’s ‘The Rebel’ springs to mind), Close and Brent’s satire was close to the truth because they truly were bohemian spirits. John Brent wrote poetry and honed his ‘Geets Romo’ character (also known as ‘Huey the Hipster’) while acting in a Jules Feiffer play. Del Close was an actor and poetry director at the Gaslight. And they both became well-known as being early members of Chicago’s Second City.” (from the WFMU blog)

The album comes with “an illustrated booklet of complete instructions and a Dictionary of Hip. A Thorough reading of this Dictionary will familiarize you with a number of useful Hip expressions.” (from the liner notes)