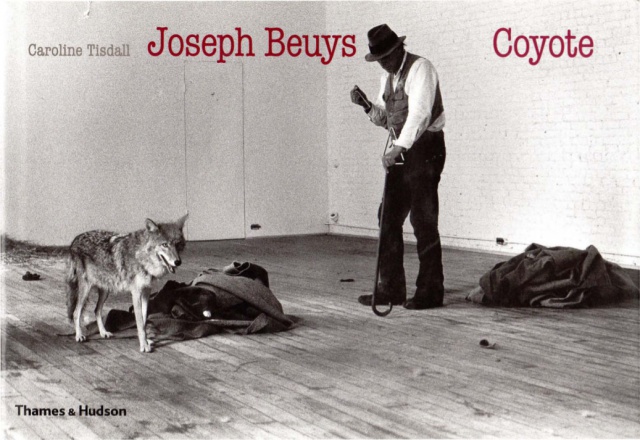 “Coyote was the first attempt to capture a performance by Joseph Beuys in book form. Beuys’s Action, I Like America and America Likes Me, took place in May 1974, when he spent seven days and nights in a room with a wild coyote.

The artist’s activities during his confinement with the coyote followed a repeated pattern. He employed a number of objects: felt, a walking stick, gloves, a flashlight and the Wall Street Journal – fifty copies were delivered daily. Over the period of a week, man and beast developed a mode of wordless co-existence, a two-sided performance that became rich with assumed meanings. Caroline Tisdall, a longstanding friend of the artist, who has written extensively on Beuys and has directed films about him, took most of the photographs and wrote the accompanying text.”