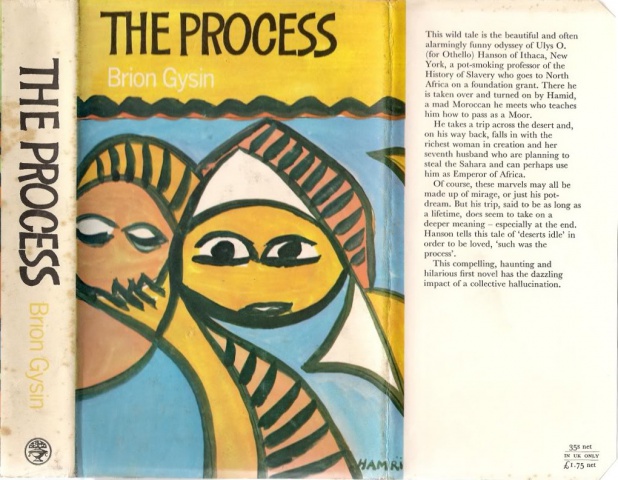 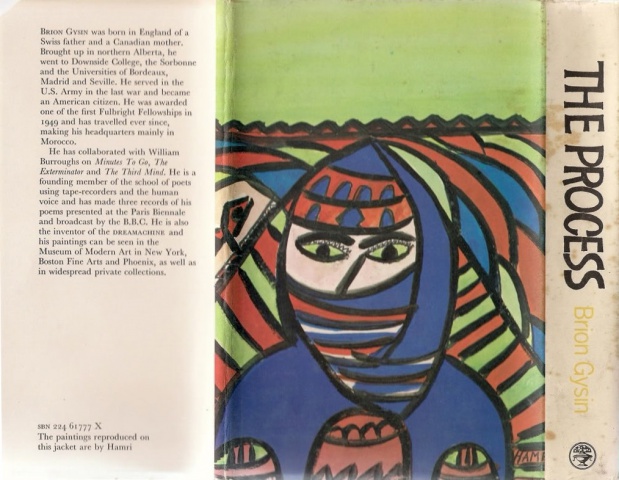 Front and back cover of the 1969 UK edition, via Joujoka festival blog

The Process has the dazzling impact of a drug-inspired dream and, since its publication more than forty years ago, has established itself as a classic of twentieth century modernism.

Ulys O. Hanson, an African-American professor of the History of Slavery, who is in North Africa on a mysterious foundation grant, sets off across the Sahara on a series of wild adventures. He first meets Hamid, a mad Moroccan who turns him on, takes him over and teaches him to pass as a Moor. Mya, the richest woman in creation, and her seventh husband, the hereditary Bishop of the Farout Islands, also cross his path with their plans to steal the Sahara and make the stoned professor the puppet Emperor of Africa.