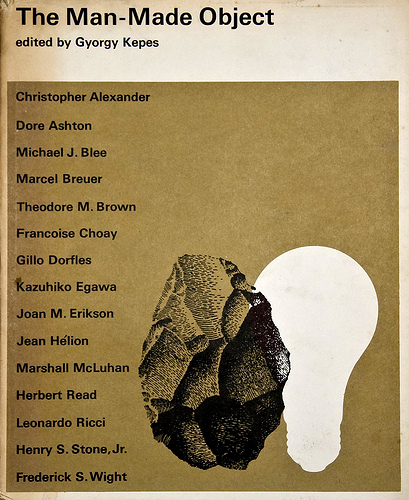 The aim of the series, “…to stimulate the circulation of ideas, to find channels of communication that interconnect various disciplines and offer us a sense of structure in our 20th century world…,” encouraged interdisciplinary cooperation and sought to bring together the day’s foremost artists, scientists and scholars.

This volume presents a general evaluation of the man-made object as an important environmental factor in the shaping of the mores, feelings, and values. The man-made object, from ornamental trifles to large scale buildings, is here considered not only for its formal and aesthetic aspects, but also for its psychological and sociological impact.