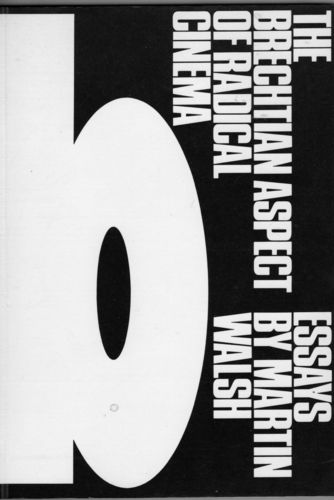 Martin Walsh had been a regular contributor to film magazines in Britain, Canada and the United States and had established himself as a leading proponent of a radical aesthetics of cinema associated with the work of Bertolt Brecht. Keith M. Griffiths, a film-maker and lifelong friend of Walsh, has gathered together for this volume a selection of his published writings, together with some previously unpublished, united around the theme of the Brechtian aspect of radical cinema. Whether discussing Brecht himself, or the Russian film-maker Alexander Medvedkin, or the work of Daniele Huillet and Jean-Marie Straub, these essays are distinguished by their commitment to the clear expression of ideas and problems of great relevance to cinema. (from the back cover)