Graham Harwood: Aluminium: Beauty, Incorruptibility, Lightness and Abundance, The Metal of the Future (2008) 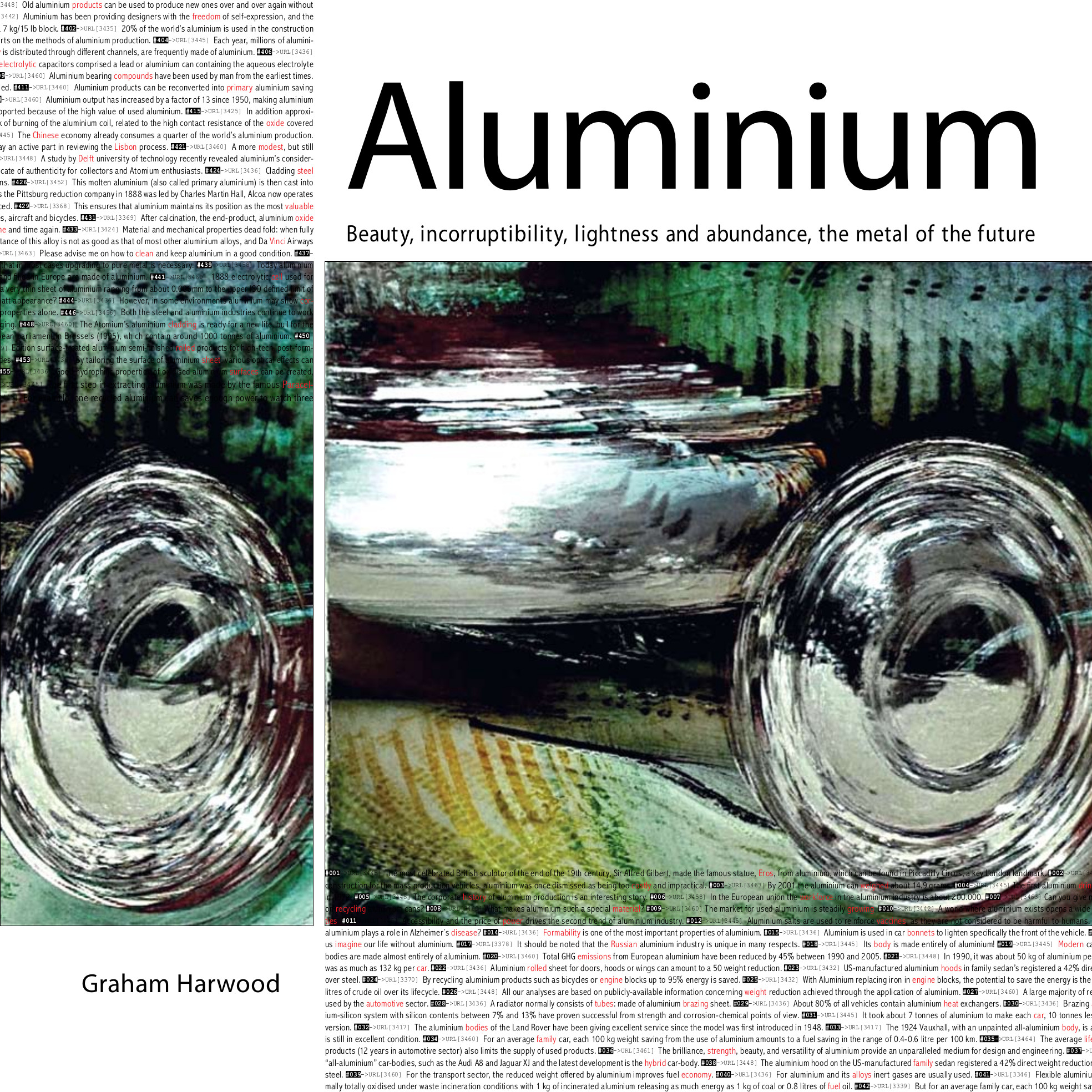 “Aluminium is a futurist graphic book and film about the social history of aluminium. In 2009 it will be 100 years since Marinetti set out the Futurist manifesto in which advocated the consumption of metal bolts and engine oil to turn men into machines. Marinetti believed in speed, machines and violence, values that for him were epitomised in the recent invention of aluminium. Drawing on archival footage from the aluminium industry, Harwood derives algorithms from the Futurist Manifestos to create the books cells by recording only the differences between key video frames. Caption texts are gathered up and edited together by issue crawlers as they search across the Internet. Aluminium takes the futurist logic of the 20th Century and turns it back upon its self.”

Produced for The Rest of Now, Manifesta7 (Bolzano/Bozen, Italy 2008 www.manifesta7.it)