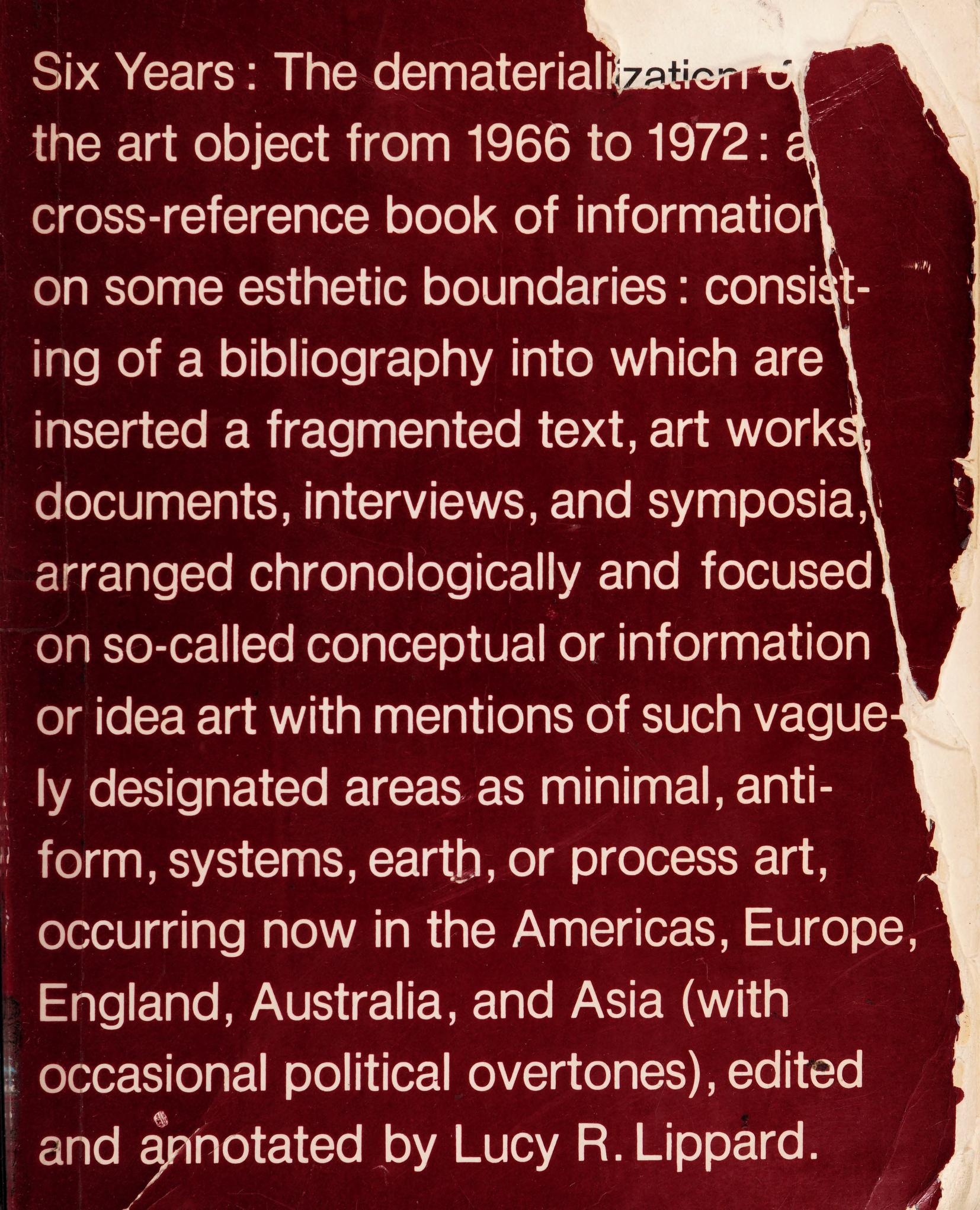 Full title: Six Years: The dematerialization of the art object from 1966 to 1972: a cross-reference book of information on some esthetic boundaries: consisting of a bibliography into which are inserted a fragmented text, art works, documents, interviews, and symposia, arranged chronologically and focused on so-called conceptual or information or idea art with mentions of such vaguely designated areas as minimal, anti-form, systems, earth, or process art, occurring now in the Americas, Europe, England, Australia, and Asia (with occasional political overtones) edited and annotated by Lucy R. Lippard.

“In Six Years Lucy R. Lippard documents the chaotic network of ideas that has been labeled conceptual art. The book is arranged as an annotated chronology into which is woven a rich collection of original documents–including texts by and taped discussions among and with the artists involved and by Lippard, who has also provided a new preface for this edition. The result is a book with the character of a lively contemporary forum that offers an invaluable record of the thinking of the artists–a historical survey and essential reference book for the period.” (from the back cover)

2012 exhibition based on the book, Interview with curator