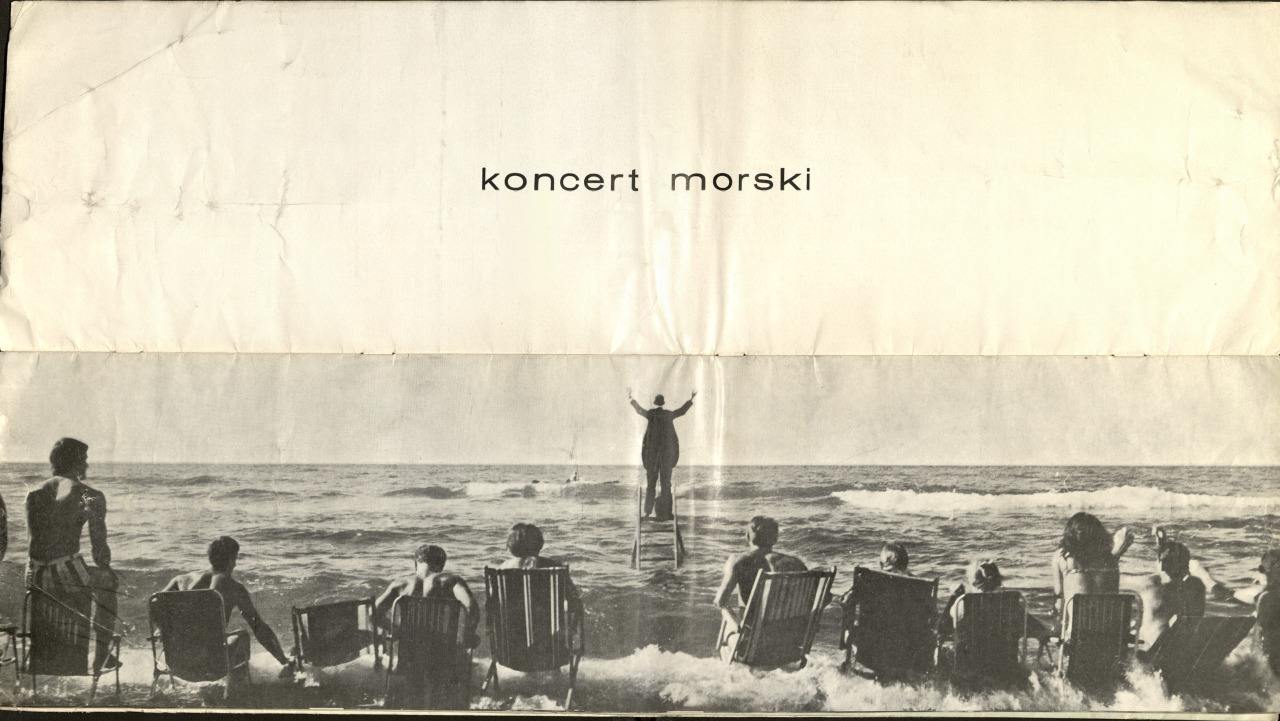 Simultaneously with the happening, Submergence took place – an event organized by artists and critics associated with the Foksal Gallery. It lasted for two hours. The overall number of participants was 1600 (the actors and the audience). (Source)

On the fifth page of a booklet that followed the event, Eustachy Kossakowski‘s photograph of the ‘Sea Concert’ is reproduced. In this image, the painter Edward Krasiński stands on a platform a few yards into the surf, ‘conducting’ the sea while a group of people sitting in beach chairs in the foreground constitute an audience. This image has become iconic documentation of the artists, scholars, and performers surrounding the Foksal Gallery. (Source)

Page 14/15 of the booklet contains written reflections by Tadeusz Kantor, Wieslaw Borowski, and Hanna Ptaszkowska, in both Polish and English.

131 photographs from the event, by Eustachy Kossakowski (at ArtMuseum.pl), some in higher resolution (Digitizing Ideas), some in color (#8-13, Culture.pl).