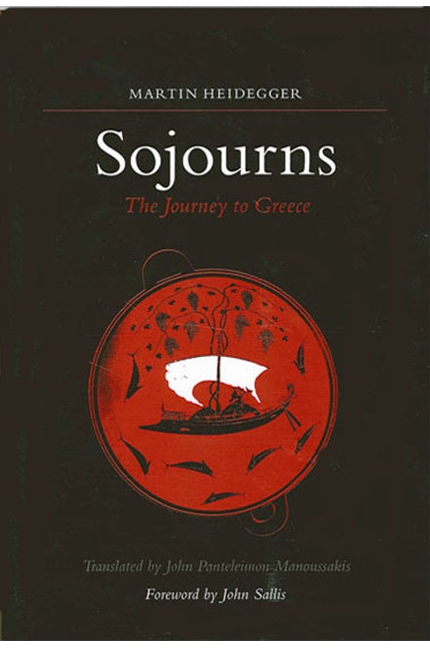 Heidegger’s philosophical journal, written during his first visit to Greece in 1962.

“[Heidegger] was well past seventy when he went [to Greece] for the first time. For years he had hesitated about making such a trip, and just two years earlier he had cancelled his plan to travel to Greece with his friend Eckhart Kästner. Later he made two further trips to Greece, as well as three trips at least to Provence. But it was the initial trip to Greece, in 1962, that was decisive and that yielded this beautiful, if enigmatic, travelbook Sojourns.” (from the Foreword)