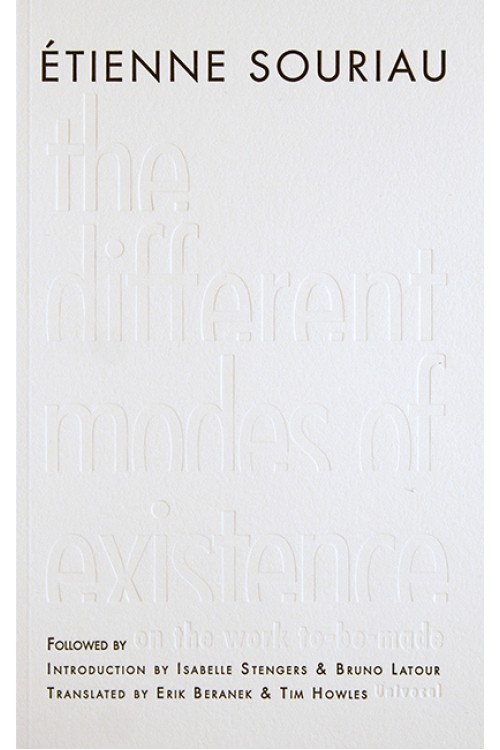 “Exploring the aesthetic depths of the various modes of existence by one of France’s most heralded but forgotten thinkers of existential pluralism.

What relation is there between the existence of a work of art and that of a living being? Between the existence of an atom and that of a value like solidarity? These questions become our own each time a reality is established—whether it is a piece of music, someone we love, or a fictional character—and begins to take on an importance in our lives. Like William James or Gilles Deleuze, Souriau methodically defends the thesis of an existential pluralism. There are indeed different manners of existing and even different degrees or intensities of existence: from pure phenomena to objectivized things, by way of the virtual and the surexistent, to which works of art and the intellect, and even the very fact of morality, bear witness. Existence is polyphonic and, as a result, the world is considerably enriched and enlarged. Beyond all that exists in the ordinary sense of the term, it is necessary to allow for all sorts of virtual and ephemeral states, transitional realms, and barely begun realities, still in the making, all of which constitute so many “inter-worlds.””