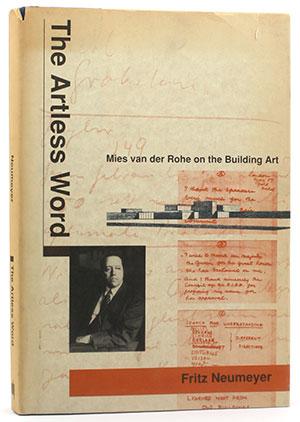 “Mies van der Rohe’s architecture has been well documented, yet his writings, which contain the key to understanding his work, have been largely unexplored. From a body of writing that is surprisingly large for the self-described “unwilling author,” Fritz Neumeyer reconstructs the metaphysical and philosophical inquiry on which Mies based his modernism.

An appendix presents all of the essential texts by Mies, including some that have not previously appeared in English. Of special interest is the manuscript notebook from the Mies van der Rohe Archive in the Museum of Modern Art, New York, dating from the crucial years 1927-28 and published for the first time in this book.”