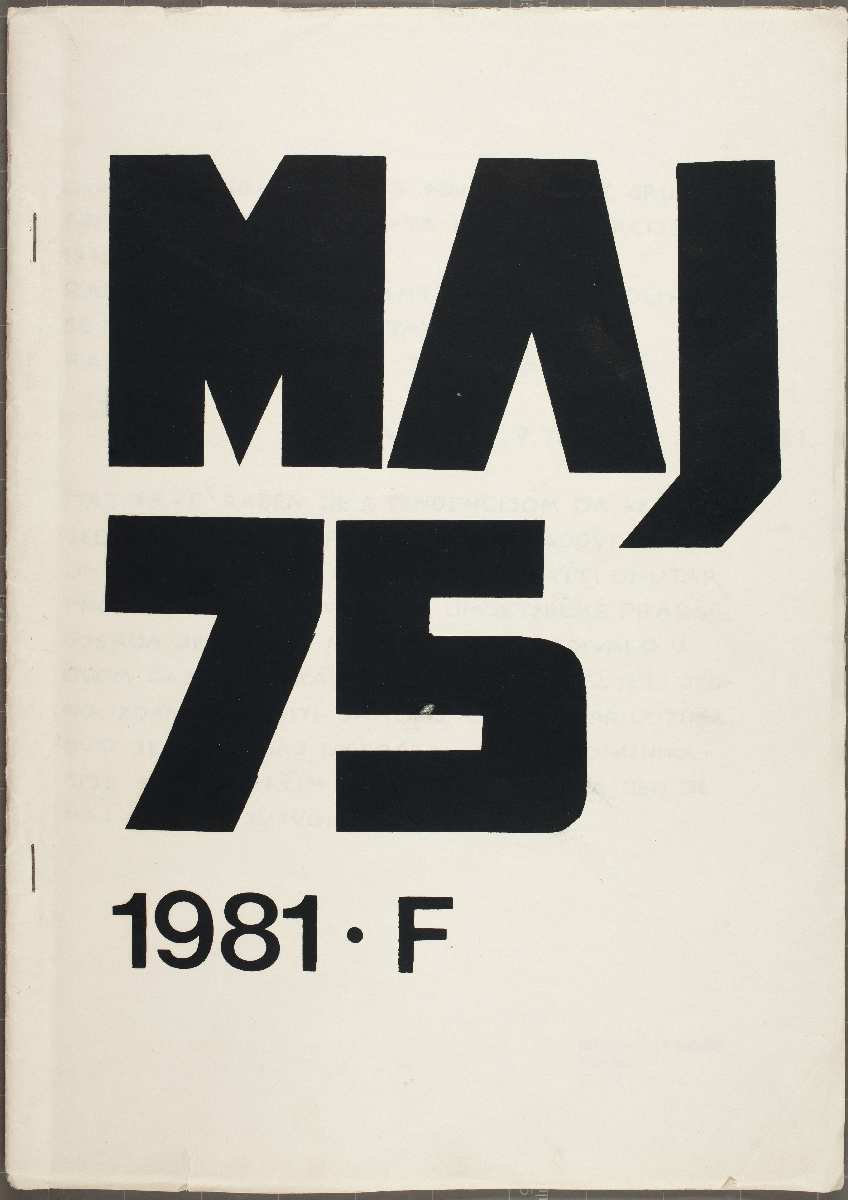 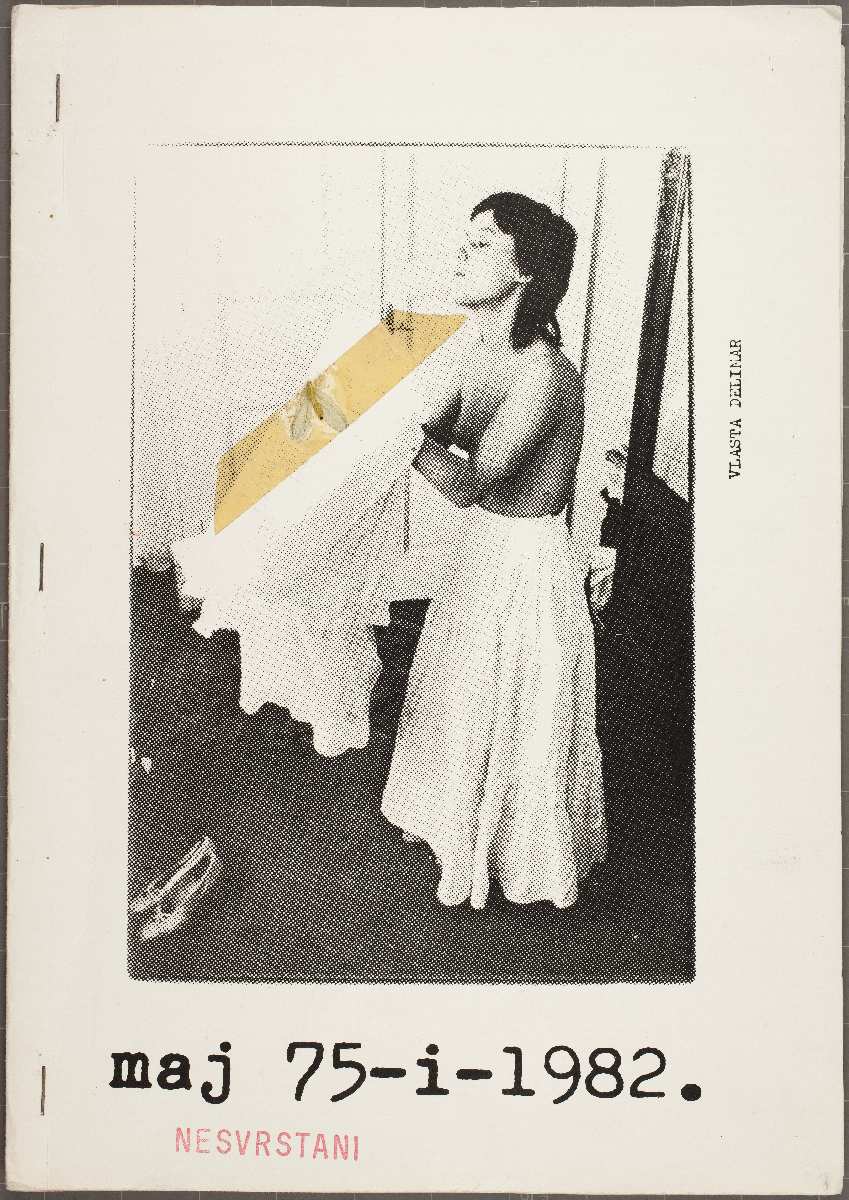 “Maj 75 was an artists’ magazine initiated in 1978 by a group of Zagreb-based artists, the Group of Six Artists (Grupa šestorice autora: painter Boris Demur; photographers Željko Jerman, Sven Stilinović, and Fedor Vučemilović; poet Vlado Martek; and filmmaker Mladen Stilinović), or “a group of friends”, as they refer to themselves in the introductory pages of the magazine. The name of the magazine referred to the date of their first public exhibition. It was conceived as “magazine-catalogue” for their self-organized “exhibition-actions” which ranged from performing and creating installations on city streets and squares to taking trips to the seaside, where they created, performed, and documented work. Comprised solely of pages presenting artworks, the magazine can be viewed as an alternative exhibition space, enabling the artists to communicate their work to the public without the mediation and the sanctioning authority of art institutions and curators. Between 1978 and 1984, 17 issues were published (identified by the letters of the Croatian alphabet), with an additional one produced in 1990 and commemoratively titled Ex-Maj. Issue F, edited by Vlasta Delimar, was a women-only issue.” (Source)

“Exhibition venues were fairly limited for artists so the pages of Maj 75 became an alternative space for not only the Group of Six, but also an extended circle of Yugoslavian and other Eastern European artists, to produce and disseminate their work publicly. Artists such as Vlasta Delimar, Tomislav Gotovac, Sanja Iveković, Mangelos, Balint Szombathy, Raša Todosijević and Goran Trbuljak are a few examples of the many contributors during the history of publication. The magazine was printed in the studio of Vlasta Delimar and Željko Jerman.” (Source)